Former wrestling coach will be missed

Rex Whitlatch inspired Red Devil wrestlers with his love of, dedication to the sport 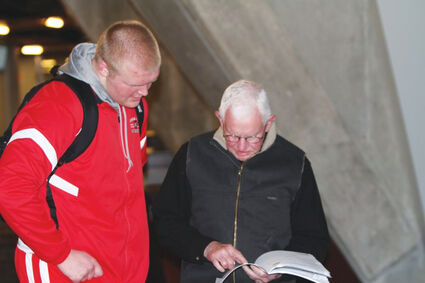 What did coaching and teaching mean to the late Rex Whitlatch?

Everything, his wife, Nancy, said.

"Coaching and teaching came first. I came second. The kids came third," she said. "He took so much pride in his job and coaching and wrestling and everything."

The two met when they were in their teens, when Whitlatch was competing on the high school team.

Whitlatch, a husband, father and legendary coach, passed away Oct. 2 at age 84.

Whitlatch made a name for himself as a high school wrestler, winning the state title as a sophomore (see sidebar). He also experienced success wrestling at the University of Illinois, and had a confidence that impressed Jeff Tolbert, a 1978 graduate who wrestled under Whitlatch. Tolbert shared a story about his former coach that he said has been verified.

"I remember asking him, 'How could you possibly do that? What if you would have lost?'

"He said, 'Jeff, it never entered my mind that I could possibly lose. That's the kind of confidence you have to have.' "

Whitlatch inspired those he coached to give the sport the love and hard work he believed it deserved. Tolbert said that while his own high school career wasn't that stellar - he placed just once at state - he carried Whitlatch's influence with him to college. He earned a wrestling scholarship to Purdue, was captain of the team his junior and senior years and earned the MVP title three times.

"No one expected that I would go on and do something in college," he said. "I felt Rex pushed me in that direction."

Jim Zajicek, who had Whitlatch as his assistant coach his last two years of high school, couldn't say enough good things about him.

"He was just a great man," said Zajicek, who has known Whitlatch since he was 5. "He was a man of few words and when he did talk, there was impact behind what he said."

Whitlatch's appearance could be deceiving, Zajicek noted. He was a small man who had white hair from the time he was in his 20s. But he was tough as nails.

"Even if you were 100 pounds heavier than him, you didn't want to mess with him," Zajicek said.

Zajicek, who went on to become the head varsity wrestling coach at Central from 2002-09, said he admired Whitlatch's ability to lead quietly.

"The discipline he had to be able to sit in a corner and not yell like a maniac was something I don't know if I ever fully learned," he said. "I had a lot of respect for it as a wrestler and then as a coach."

Zajicek's older brother, John Allen, had Whitlatch as his head coach for the three years he wrestled on varsity. He was most impressed by his coach's dedication to the sport.

"He lived it," Allen said. "He had a pretty successful career of his own and tried to pass that on.

"He seemed like he got to know everyone and probably coached everyone a little differently, like a good coach does," he added.

Whitlatch had relatives in Champaign and was a regular spectator at the state wrestling meet.

"He would visit the relatives, but he was really coming to watch wrestling," Allen said.

He watched all three of Allen's sons - Jack, Brian and Matt - compete there.

"It was touching," Allen said. "It's kind of cool how everything went full circle." 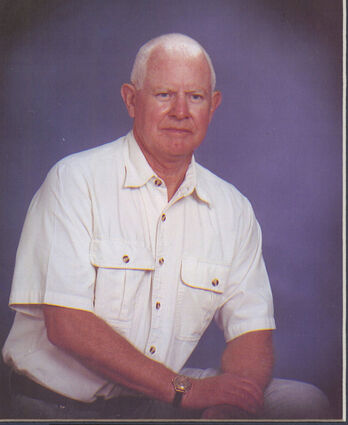 Nancy said her husband was a great provider who wouldn't take no for an answer and who applied himself to any task he began.

"Everything he did, he studied up on," she said. "He was a great woodworker."

The two moved to Colorado after he retired, initially living in a cabin in the mountains in Tin Cup.

"His dream was to spend a year there," Nancy said. "I agreed to one year and stayed six."

They ultimately moved to Grand Junction 170 miles away, but Whitlatch continued to spend time in the cabin until he could no longer drive there, Nancy said.

Allen said he remained in touch with Whitlatch until the end.

Former Hinsdale Central varsity wrestling coach Rex Whitlatch accumulated a host of accomplishments in his lifetime as an athlete and as a coach.

• placed 1st as a sophomore at state

• placed 2nd as a junior at state

• placed 1st as a senior at state

• placed in the Big 10 Conference

• captain of his team

• founded the Hinsdale Holiday Wrestling Tournament, which was renamed the Rex Whitlatch Holiday Tournament in 1993