Halloween a family affair for Haralampopouloses 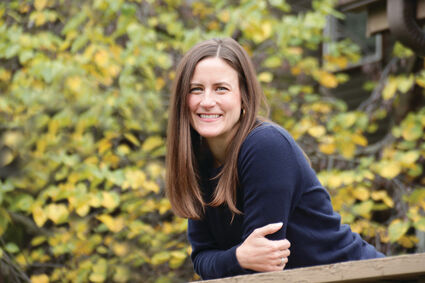 For the Haralampopoulos family of Hinsdale, Halloween is much more than a holiday. It's a whole season filled with planning, preparation and pageantry.

The Haralampopouloses start considering ideas for their family Halloween costumes in September. Most of that decision making is left to 7-year-old Athan.

"Ever since he could pick, he picks our costume theme and I run with it," Athan's mom, Rachel Haralampopoulos, said.

Athan's choices have included characters from Indiana Jones, Wreck-it Ralph, the Marvel Comics and Batman. But the family's elaborate Halloween ensembles began even before Athan could share his creative ideas. On his very first Halloween, Athan's mom dressed him as Mickey Mouse. She and husband Niko portrayed Daisy and Pete, the "misunderstood friend" of the Mickey Mouse Clubhouse television show.

Haralampopoulos said she's never satisfied with premade costumes. Throughout September and early October, she hunts for items to put together that year's costume choice. When she can't find what she's looking for, she makes them herself.

"I source things that aren't just from the Halloween store," she said.

Dressed as Han Solo, Chewbacca and Princess Leia, the Haralampopoulos clan once again came away with the top prize in the Hinsdale Family Fall Fest costume competition this year.

The family has won the local contest three times, but it's not the only occasion at which they have donned their Halloween couture. Twice they have traveled to Disneyland for Halloween and they've also taken part in Lincoln Park's Pumpkins in the Park 5K, including other family and friends in the costume theme.

"We dressed up like Saturday Night Live characters one year," Haralampopoulos said. Another year, the theme was Lion King. But her all-time favorite family ensemble is Retro Batman. Fashioned after the television show of the 1960s, she dressed as Catwoman.

"I even found the actual belt the Catwoman wore," she said. Niko also lent an authentic vibe to his costume, growing out his mustache and then painting it white to mimic Cesar Romero's portrayal of The Joker. And of course, Athan was the star of the trio as Batman himself.

"We try to do the little extras that make it more fun," Haralampopoulos said.

With all of the attention and effort that goes into their costumes, Haralampopoulos said their home's Halloween decor is minimal. She displays just enough to let the trick-or-treaters know they are welcome.

After gathering candy from a few nearby houses, Haralampopoulos said Athan prefers to join his parents in handing out candy - in full costume, of course.

"We each try to pick out our favorite candies," she said.

Haralampopoulos said the family's Halloween fashions are worn just a few times, but the memories and photos serve as a chronicle of Athan's childhood. Each year, his costume choice reflects something that he enjoys.

"It will be a reflection of what he was into at that time," Haralampopoulos said. She's happy to carry on the tradition for as long as she can.