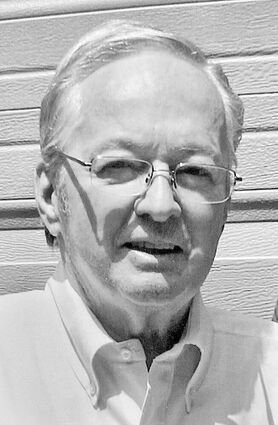 Jim was born in Covington, Ky., in 1931 to James and Lucille Baker.

Jim enlisted in the Army and graduated from Infantry School in 1951. He was certified as a parachutist and jumpmaster. He served in the Korean War as a first lieutenant in the Third Infantry division's 15th regiment. While serving as a platoon leader under hostile fire in the famous Outpost Harry battle, he led his men into the trenches, set up a defense and administered aid to the wounded. He refused to leave his outpost until he was assured it was safe from further attack.

For his leadership and bravery, he was awarded The Distinguished Service Cross and the Silver Star in Korea. For additional acts of heroism, he also received the Bronze Star Medal and the Greek War Cross.

After the war, Jim focused on his education and received both his bachelor's and master's from Northern Illinois University and a Ph.D. in secondary school administration from the University of Iowa. He later earned an additional master's in counseling psychology from Benedictine University.

His degrees led to a remarkable life with a variety of careers. Jim taught English and journalism at Argo Community High School and then became superintendent of Argo Community School District 217. Next, he was a professor of education and psychology for almost 40 years at Benedictine University. He was especially proud of the student teachers he helped place in local schools. While teaching, Jim started his own company, CES Inc., authored several publications and even owned a bookstore. Toward the end of his career, Jim was a licensed clinical professional counselor, focusing on marriage and family therapy.

He loved all forms of the fine arts, especially opera, literature and visits to the Art Institute. He taught his family to love nature, especially birds, flowers and butterflies. He enjoyed walks with his dogs, but most of all enjoyed fishing and boating with family at his lake house in Green Lake, Wis.

He is survived by his children, Kristin (Thomas) Kotsakis, Allison (Michael) Genovese and Michael Baker; his grandchildren, Alexis, Connor and Callie; his former wife, Marie (Buban) Baker; and many nieces, nephews, grand-nieces and grand-nephews.

He was preceded in death by his sister Mary (Dr. Robert Cesafsky); and his brothers, Kenneth (Alice) and Robert.

Burial will be private at Abraham Lincoln National Cemetery in Elwood.

In lieu of flowers memorials may be made to the Adult Down Syndrome Center, 1610 Luther Lane, Park Ridge, IL 60068 or online at https://advocategiving.org/adsc.