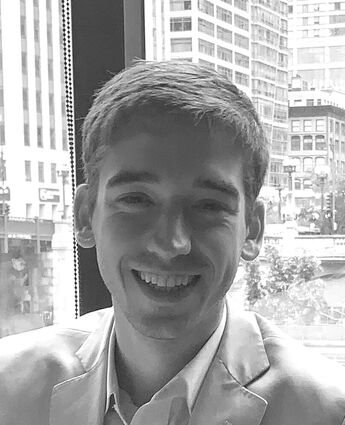 Michael was born in 1997 in Winfield. He grew up in Hinsdale and was a 2015 graduate of Fenwick High School in Oak Park, where he was the student body president, debate team captain, TEAMS member, National Honor Society member and Illinois State Scholar.

He graduated from the University of Illinois at Urbana-Champaign in 2019, earning a bachelor's in computer engineering while participating as an officer in Sigma Alpha Epsilon social fraternity and Phi Gamma Nu business fraternity. He also was a project manager for Illinois Business Consulting and a member of Engineers without Borders. After college, Michael went to work as a consultant for Microsoft Corp. and volunteered as a junior board member for Project Exploration.

Growing up, Michael was an avid soccer player and was a multiyear soccer team captain at Fenwick as well as an MVP. He also enjoyed playing tennis and golf, was a lifelong Blackhawks fan and enjoyed attending many Cubs games.

Michael was preceded in death by his grandmother, Mary Callan.

He is survived by his parents, Elizabeth, nee Callan, and Michael T. Beaudin Sr., his siblings, Mary and John "Jack" Beaudin; his grandparents, Robert Callan Sr. and Margaret and Lawrence Beaudin Jr .; his future brother-in-law, Michael Spaeth; his 14 aunts and uncles; and his 19 cousins.

Memorials may be made online to Juvenile Diabetes Research Foundation at https://www.JDRF.org.