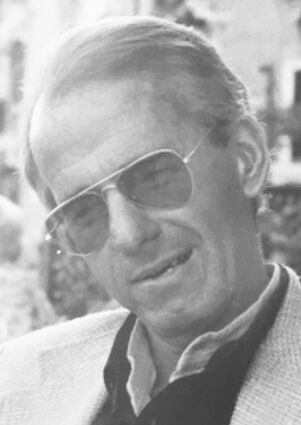 Oakley Davidson, 87, passed away peacefully May 9, 2021, at his home in Willowbrook, with his family by his side.

Oakley was born in 1933 to Calvin and Pansy Davidson in Hinsdale. After serving the Army, he joined his brother, Calvin, and his father, Calvin Earl, at Davidson-Uphoff, the family manufacturing company, which became a three-generation business after Oakley's son Greg came on board.

At an early age, Oakley's brother Calvin developed severe hay fever. "Go North to the clear air" is what was recommended by the doctors. And so, the family discovered and fell in love with Washington Island in Door County, Wis. Soon a cabin was built on Washington Harbor and summers were spent there. This is when Oakley met an island resident, Sharon Anderson (daughter of Cecil and Lorraine Anderson and sister of Jim Anderson). Oakley knew instantly he had met the love of his life. They were married on March 17, 1950.

Oakley and Sharon raised three children. Greg, Christy and Kelly. Again, summers were all spent on Washington Island. Fall, winter, and spring were times to travel to the Caribbean, Orient, Europe and the Philippines.

Oakley is survived by his brother, Calvin (Maryanne); his son, Greg; his two daughters, Christy (Jim Hanson) and Kelly; and his granddaughter, Vesta.

He was preceded in death by his grandson, Roark.

Details on a service will be provided at a later date. Interment is private. Sullivan Funeral Home in Hinsdale handled the arrangements.