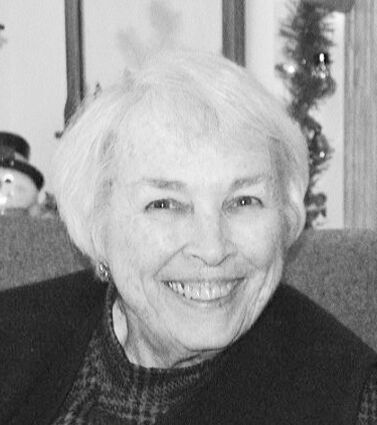 Jean L. Tyska, 94, formerly of Hinsdale, passed away peacefully May 17, 2021, at home in DeKalb, surrounded in by family and friends.

Jean was born in 1926 in Chicago to Madalin and James Arthur Lyons. She lived off the 10th fairway of Midlothian Country Club, where she developed her talent and love for golf. She also resided in Beverly Hills, Ill., and spent a few winters in Delray Beach, Fla. She so loved spending summers water skiing, boating, fishing, and growing up at the family's summer home in the North Woods of Minocqua, Wis.

Jean graduated from Carleton College with a degree in foreign language and English. She earned a master's degree in Spanish and French from the University of Iowa. She taught Spanish, English, and French at Luther South High School in Chicago and at Carl Sandburg High School in Orland Park.

Jean met Richard "Dick" Tyska, thanks to Jean's brother Jim, in Beverly Hills, and they were married on Sept. 24, 1960. They settled in Oak Brook and then moved to Hinsdale where they enjoyed family life for almost 40 years, continuing a lifelong romance of love, laughter, support, and respect.

They spend most summers in Minocqua on Squirrel Lake, tuning into Cubs games whenever they could, and enjoyed winters off the fairway at The Plantation in Venice, Fla..

Jean and Dick enjoyed their passion for golf at Midlothian Country Club, Minocqua Country Club and The Plantation. Jean was devoted to the Chicago Women's District Golf Association for more than a decade, serving as president from 1985-87 and on the board of directors. She was a part of a hardworking core of women that pioneered hands-on golf course rating initiatives, walking every step of each golf course.

Jean and Dick moved from Hinsdale to DeKalb in 2002 to be closer to their daughter, Pam, a coach. They supported the NIU Huskies women's golf team in person, both in DeKalb and during spring travels in Florida. Jean, with bowl-stirring help from Dick, would make homemade brownies for entire tournament fields which became much beloved among players and coaches. Jean, Dick and Pam were blessed to share many adventures together, traveling to U.S. golf destinations and beyond for many years. There was complete joy in sharing adventures of Florida travels and Squirrel Lake escapades from glorious sunrises to breathtaking sunset pontoon cruises and sometimes, unintentionally wild fireworks off the dock for the Fourth of July. Their family life was filled with laughter, love, humor, kindness, an abundance of happiness and Jean's contagious smile. Family visits were much enjoyed and so many close friends became like family throughout the years. Jean and family were blessed to have loving and devoted caregivers.

Jean is survived by her daughter, Pam Tyska (Barb Beck); her nieces, Terri Daley and Diane (Ed) Lyons-Mihok; her nephew James (Sherrie) Lyons; her granddaughter, Annie (Ryan) Severson; her great-granddaughter, Peyton; and her great-nieces and -nephews, Kyle and Ariana Daley and Scott and Chris (Becky) Lyons.

Jean was preceded in death by her husband, Richard Tyska; and her brother, James Lyons.