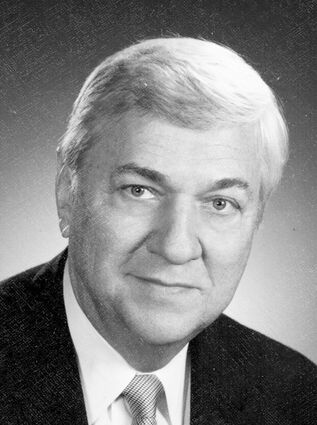 Dr. Berry was in practice for 40 years as a urologist, on staff at La Grange, Hinsdale and West Suburban Hospitals. Actively involved in many professional societies, Carl was past president of the Chicago Urological Society, past director of the Robert Crown Center for Health Education and an assistant professor at the University of Illinois School of Medicine. He graduated from the University of Illinois School of Medicine in 1948.

Carl proudly served his country in the U.S. Army and Air Force during World War II and the Korean War, respectively.

Carl lived an active and rewarding life outside of practicing medicine. An avid golfer with four holes-in-one, he was a longtime member and former president of the Hinsdale Golf Club. He also was on the board of governors at the Chicago District Golf Association and was a member and secretary-treasurer at the Illinois Senior Golf Association.

In addition to enjoying golf, Carl could often be found outdoors, fishing and hunting in Montana and the West, all passions discovered through spending summers at his grandfather's ranch in Montana. He was a proud Eagle Scout and charter member of the Helena Montana Wilderness Riders.

Carl was a longtime member of the Community Presbyterian Church in Clarendon Hills.

Carl's greatest love was his family. He most loved spending time with and traveling with his wife of 73 years, Marion, his daughters and grandchildren. He will be fondly remembered and missed greatly by all who had the pleasure of knowing him.

A celebration of life will be held at 1 p.m. Wednesday, June 2, at Community Presbyterian Church, 39 N. Prospect Ave., Clarendon Hills. The church requests that people be fully vaccinated to attend the service.

In lieu of flowers, memorials may be made to the Chicago District Golf Foundation, Sunshine Through Golf, 11855 Archer Avenue, Lemont, IL 60439 or online at https://www.cdgafaoundation.org.

Support the Berry Family by signing the online guestbook and tribute page at https://www.sullivanfuneralhomehinsdale.com.