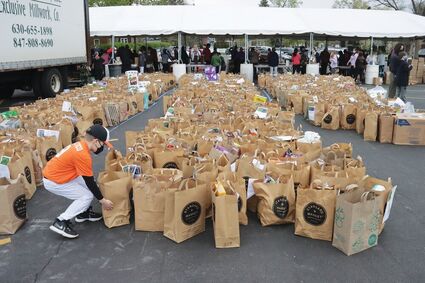 Members of St. Isaac Jogues Catholic Church held their annual Seeds of Service 2021 collection throughout Hinsdale April 24. More than 200 volunteers helped pick up some of the 4,000 bags distributed through the village for food donations. O'Malley Riordan sorts the bags, which were sent to four charities: People's Resource Center, Little Sisters of the Poor, Franciscans of the Eucharist and the Missionaries of Charity. Mason Mahoney and Nikolai Rhodes filled up the back of one of several panel vans used to transport the donations. Braden Sheehan and Luke Lorr were among dozens of Hinsdale Central football players who helped out. (Jim Slonoff photos) 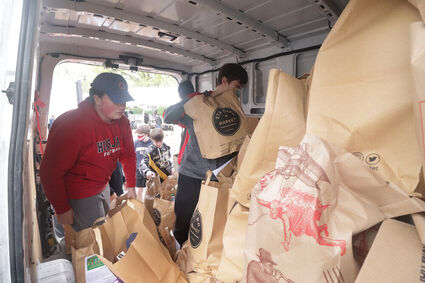