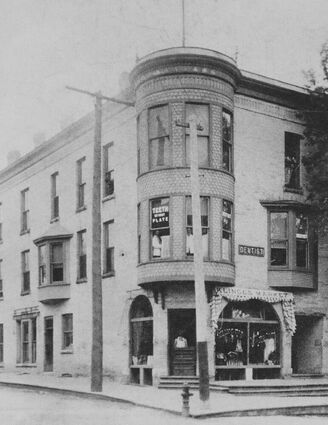 Early Hinsdale - Sandy Williams cites this historic edifice in the village's downtown in her book, "Images of America - Hinsdale." She writes, "This building at 54 S. Washington Street was built in 1892 replacing an earlier blacksmith shop. Reineke's Grocery occupied the site from 1904 until closing in 1974 as one of Hinsdale's oldest and most popular businesses."