Love the one you are 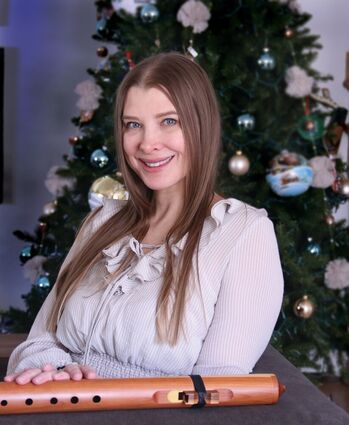 Hinsdale's Cheryl Postrozny hopes attendees of her Self-Love Day retreat become better equipped to advocate for themselves. "We need to get to this zero state in order to really see what our true path is," she said. (Jim Slonoff photo)

While Feb. 14 is for demonstrating and embracing affection with another, the day preceding has become an occasion for loving the one in the mirror.

Feb. 13 is Self-Love Day, and Hinsdale's Cheryl Postrozny is inviting others to mark it with a full-day "virtual retreat for inner peace."

"The whole purpose of this day is just to give everyone an outlet to self-reflect, to learn about different ways of self care and mindfulness," Postrozny said.

The free event, which runs from 8:30 a.m. to 4:30 p.m. and features a dozen presenters on topics from guided meditation to dealing with bullies, is aimed at inspiring people to live their best life in 2021 and beyond.

"I wanted to do something for the new year that everyone can join, with music and entertainment," she explained, noting that soothing sounds and dance are incorporated into the day. "Bringing in an immersive experience is the key to really having someone enjoy themselves."

Author and transformational life design coach April Dodd, a former Hinsdale resident, will present "Making YourSELF a Priority," a talk geared particularly for women "who tend to set their dreams on a shelf by putting everyone else first.

"I teach women to really pay close attention to their thoughts, their hearts, their dreams, their bodies," Dodd said. "What women tend to do is lose themselves in taking care of others and become disconnected from themselves and their friends."

Instead of being lost, she wants them to be "lit up" by self-appreciation.

"I'm here to give them the tools to really remember who they are, how to forgive themselves and how to get that spark back again," she said.

Postrozny said she was feeling burned out several years ago after a series of painful ordeals.

"I was going through a really bad divorce, my dad had suddenly passed way and then my mom found out she had cancer," Postrozny related.

It was then she was led to mindfulness practices like meditation and reiki. Previously she would have considered herself high on the self-love meter. Then she discovered that she had buried the effects of the trauma.

"Healing is something that we all should be doing regularly," she said. "Our body really keeps score of all these emotions, anger, negative words we tell ourselves throughout our whole lives."

Sheila Patel, an attorney and founder of The Life Bags Co., which uses proceeds from its sales to provide backpacks for needy schoolchildren in India, will present "Starting Your Own Business" with Hinsdale's Kimberly Arquilla. Patel believes women often subjugate their own desires, which can foster resentment.

"I think it's actually not being nice if you don't care how you feel," Patel said. "A lot of women don't go after what they think that they could potentially do. We sort of take ourselves out of the game if it seems so large and so big."

Cultivating networks and collaborative relationships can change that dynamic.

"How we can actually help each other?" Patel posed, citing female-owned businesses that look to promote one another.

Accepting that wrong turns are part of finding the right path is also key.

"Failure is OK - and so is success. You have to fail a lot in order to be successful," she said.

Dodd believes women who can love themselves are better able to pour that love into others.

"They show up with their families, with their work, with their projects," she said. "They're also feeling brave to say 'no' and to say 'yes.' "

Men play a crucial role by being good listeners. Women, in turn, will develop greater appreciation of a man's inclination to find solutions.

"If you have a strong woman who respects that, then you have a relationship that will begin to flow," Dodd said. "Communicate in a way that helps the woman to feel. If we're connecting to our feelings, then we're

connected to our femininity." 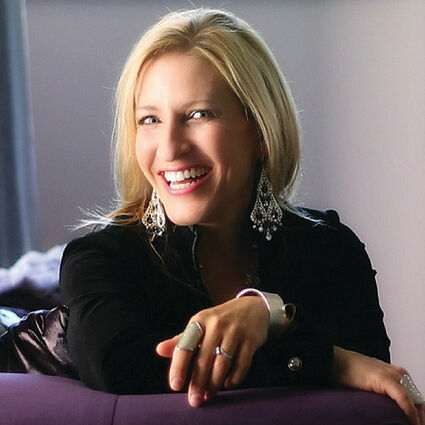 Author and life coach April Dodd, a retreat presenter and a former Hinsdale resident, said resentment festers when one's needs are suppressed. "We become very hard, and then we become critical," she said. "I want to teach (attendees) how to honor themselves and give themselves permission to live a life that lights them up." (photo courtesy of April Dodd)

"She is amazing," Postrozny said of Leach's preternatural poise. "Last summer she planned this peace rally. She had such composure and just a natural way of speaking to the audience."

Hinsdale's Misti Lucht will lead guided morning stretches at 9 a.m. to open the sessions. Postrozny said the lineup consists of people instrumental in her own journey.

"All of them are valuable in the topics that they will be giving that day," she said. "There's a little bit of something for everyone."

Participants can direct their level of engagement.

"You can really decide how involved you want to be. You can sit back and listen or you can take part in more of an interactive experience," she said, citing virtual networking opportunities. "I just hope that people who attend get to just enjoy some peace and to just to stop for a minute and pause and learn about these tools that we have inside.

"That, in and of itself is powerful."

For information or to register, visit https://www.artdepth.com/selflove.