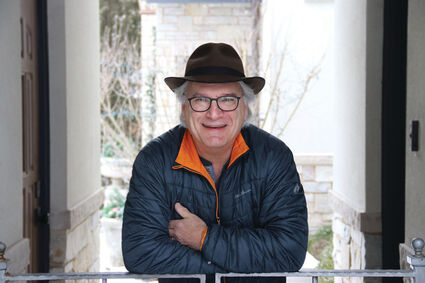 Bob Lassandrello GREW UP IN OAK LAWN • HAS LIVED IN HINSDALE SINCE 1986 • MARRIED TO NOREEN • FATHER OF THREE, GRANDFATHER OF FOUR • RETIRED FUTURES TRADER

As a longtime Hinsdalean, Bob Lassandrello knew little about the food pantry operating out of the village's Memorial Building,

Then five years ago his neighbor, an HCS Family Services board member, invited him to get involved in stewarding the organization behind it.

"I had no idea the extent to which HCS was doing what they were doing," Lassandrello said of his subsequent education after joining the board.

Currently chair of HCS' board of directors, he now tries to spread the word about the important work to support those struggling locally.

"It continues to be a fascinating fact there's still a ton of our neighbors that aren't aware of the need that's right in our neck of the woods," Lassandrello remarked.

That need has risen dramatically during the pandemic, with the pantry weekly serving two and three times the pre-COVID visitors.

"We've been forced to really change our delivery system," he said, citing the no-contact, drive-thru loading that has replaced in-pantry shopping.

Lassandrello moved with his then-young family to Hinsdale in 1986, parenting with "all the usual stuff" like Scouting and youth baseball and soccer. His wife, Noreen, was active in Monroe School activities, and all three of his kids went on to graduate from Hinsdale Central.

He spent his career as a futures trader at the Mercantile Exchange, retiring in 2015 to take on a new endeavor in the world of brewing. He and his son launched Motor Row Brewing, offering both a tap room and large event hosting.

Unfortunately, the tap room as one of the many economic casualties of the pandemic.

"It just felt like this was a good time to let it go," Lassandrello related of shutting it down.

Having to break the news to his staff was most agonizing, but he's gratified to know most have found other employment.

And he's kept the prime space near McCormick Place so it can host corporate events when conventions resume.

"We still have our event spaces in the South Loop. When things open up again, we're hopeful our event business will start back up again," he said.

"I'm way busier then when I was working," he said with a chuckle.

With a fifth grandchild on the way in Salt Lake City, he looks forward to mixing family fellowship with some mountain runs.

"I try to stay as active as I can," he said, with skiing among his top pursuits.

"We're trying to maintain this level of service to meet the demand for whatever may come up in 2021," he said.

Lassandrello said it takes a community to make it happen.

"The idea that we're helping people that really need help is just a really positive thing - and that we're doing it in a very concrete way."