Books, movies, board games and more keep everyone entertained while staying home 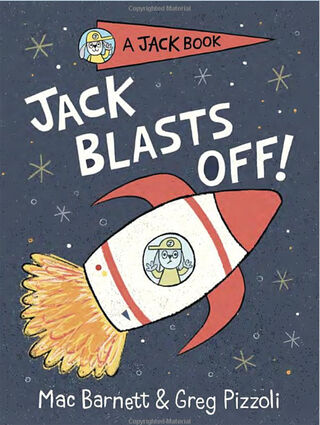 Typically in the issue before winter break we use this space to present a host of ideas about fun things to do in the city while the kids are off school. We often highlight special exhibits at the Museum of Science and Industry or the new attractions at Winter Wonderfest at Navy Pier.

This year, of course, things are different, and "Home for the Holidays" has taken on new meaning.

With most folks spending their days at home this winter break, we've collected some ideas for ways to pass the time, whether you want to be sitting around the dining room table with the fam or snuggled up in a corner with your AirPods in.

Cozy up with a good book

Whether or not the Hinsdale Public Library is open to the public, the librarians are always busy at work. They offered these five recommendations for winter break reads - the first two for adults, then one each for young adults, middle grades and early readers.

Orphaned Beth Harmon finds connection, skill and purpose through chess in this coming-of-age story about a female visionary in a man's realm (the basis for the popular Netflix series!).

4. "Show Them You're Good" by Jeff Hobbs

A deep dive into the lives of nine Los Angeles high school senior boys during 2016, this book lovingly illustrates the challenges and mundanity of young men growing up.

A phenomenal young adult fantasy novel about a girl who discovers a secret society at University of North Carolina while searching for clues about her mother's death. This book will stay with you long after you turn the last page.

This biographical novel, which tells the story of Cassius Clay, the determined boy who would one day become Muhammad Ali, one of the greatest boxers of all time, will appeal to tweens in middle grades.

1. "Jack Blasts Off" by Mac Barnett

Jack and his dog get sent to the moon by their friend "the Old Lady" after one too many mischievous deeds. What misadventures await them in this hilarious early reader?

What are the five best Christmas films ever made? Pose that question at the Christmas dinner table and you might as well be talking about religion or politics. Which "Grinch" is the best? Should "Elf" really be on the list? Avoid those arguments and settling for a holiday flick you've already seen a dozen times by checking out our list of the top five most obscure Christmas movies.

5. "The Man Who Invented Christmas"

This 2017 film tells the story of Charles Dickens' writing of "A Christmas Carol."

Some might have vague memories of this 1994 Nora Ephron dramedy starring Steve Martin as director of a crisis hotline on Christmas Eve.

Based on a true story, this 2006 French film about the Christmas truce during World War II was nominated for the best foreign language film at the Oscars in 2006.

2. "The Shop Around the Corner"

Not the Jimmy Stewart movie you usually watch at Christmas, this 1940 film's plot elements were used in 1994's "You've Got Mail," but with actual letters exchanged.

Get out the glue gun

Two weeks of winter break means plenty of time to tackle all those holiday crafts you hoped to get to earlier this month - especially ones whose theme leans more toward winter than Christmas and can be enjoyed for weeks to come.

Here are the top five we found on https://www.apumpkinandaprincess.com. Visit the website for directions for numbers 5 to 2.

Combine 1 cup of Epsom salt with a tablespoon of glitter in a disposable plate or bowl. (Use more to make multiple jars). Apply a layer of tacky or decoupage glue around a mason jar. Don't spread it too thick or it will drip. Sprinkle the salt/glitter mixture around the jar until evenly covered and place it on wax paper to dry. Allow to dry for several hours, preferably overnight. Cut a small piece of real or faux greenery and use a dot of hot glue to adhere it to the top of the jar. Then wrap twine around the mouth of the jar a few times and tie it off with a bow. Add a flickering tea light to create a luminary.

In case you missed their releases, here are the five best albums of 2020, according to Rolling Stone.

Clear off the dining room table

Board games are a great way to spend some family time indoors - away from screens. Recognizing that, Wired recently released a list of the 10 best family board games. Here are five that we've played - or would love to!

Learn geography and strategy as you claim different railway routes across the U.S. and Canada using colorful plastic rail cars.

Use colorful decorative tiles to decorate the royal palace, paying attention to the points that different sets and patterns score.

After your opponents choose and card and stick it into your headband, you have a limited time to ask questions to figure out who or what you are.

Classic card games get a modern twist in this deceptively simple game that has layers of strategy.

Work your way through the maze to collect a set of treasures, carving out a route for yourself and blocking opponents.

Listen to a new podcast

If you're looking to broaden your listening horizons, try one of these five podcasts. You won't be alone if you like them - they are the top five most popular podcasts in the U.S. this year, according to Spotify.