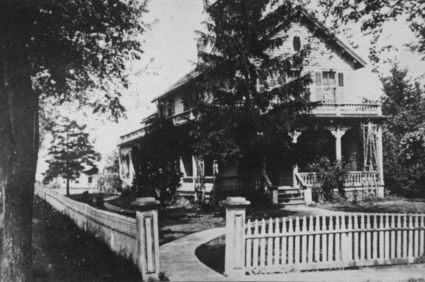 First residents - According to Sandy Williams' book, "Images of America - Hinsdale," Rev. Charles Barnes was the first to purchase property in Hinsdale when the town was first proposed. He lived in this house at Second and Washington streets. As a sales promotion William Robbins offered a free lot to the first boy born in Hinsdale. Barnes and his wife collected in May 1866 when their son was born. To honor the founder, they named him William Robbins Barnes. Later William grew up to found Barnes & Nobles.