Get in the spirit to give 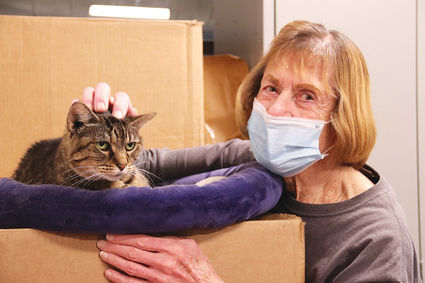 Dec. 1 is Giving Tuesday, and now is the time to start considering service organizations to which you want to extend extra support this year.

Giving Tuesday is global generosity movement that, birthed in 2012, is still relatively young. But the idea is not new: be generous out of the generosity you have experienced. The day encourages people to do good and to think of the good possible if hundreds of millions of people around the world can be inspired to give generously.

So after those Black Friday and Cyber Monday sprees, find an organization (or several) whose mission you can get behind and help them feel supported on Giving Tuesday, Here are a few Hinsdale-based candidates to get you thinking.

• Hinsdale Humane Society Executive Director Tom Van Winkle said the agency is endeavoring to raise $10,000 by Giving Tuesday to provide its homeless animals with the food, vaccinations, care and supplies needed until they find a new home.

Van Winkle said when the pandemic hit in the spring, the demand for animals shot up as people sought new home companions. The quarantine, however, virtually shut down the supply.

“We really saw a decrease in the number of animals coming to us,” he said, noting that trend has reversed in recent months.

Overall the humane society had completed more than 1,400 adoptions through October compared to 1,220 for all of 2019, he reported. Because adoption fees don’t cover the money invested in the animal, such high activity is a double-edged sword.

The budget for cleaning supplies has ballooned as rooms have to be scrubbed between each adoption visit. Van Winkle said Giving Tuesday is a way to communicate to people that every little bit helps.

“We know that people may not have as much to give,” he said. “We also want people to understand that when we’re asking, we’re asking for the animals in our care.”

To make a donation, visit https://www.hinsdalehumanesociety.org.

Kristen Laakso, president of the historical society’s board of trustees, said this year’s campaign is especially critical.

“Our annual appeal is more important than ever because we had to cancel our main fundraiser, The Kitchen Walk, in the spring,” she said. “That’s a major financial challenge for us.”

Laakso said the historical society incurs regular maintenance costs for the museum as well as for the other two historical society properties, Immanuel Hall and the R. Harold Zook Home and Studio. The organization has two paid staff and has also been investing in digital resources like walking tour apps and in-classroom programming for teachers to expand access to and understanding of Hinsdale’s heritage.

“Hinsdaleans love Hinsdale, and the more you can tell them about why it’s special, the more motivated they are to support you,” Laakso said. “The historical society helps create a sense of belonging.”

To make a donation, visit https://www.hinsdalehistory.org.

With the expectation that those numbers will come down post-pandemic, scaling the entire organization doesn’t seem prudent, Wickstrom said. But Giving Tuesday donations will help sustain its current operating budget.

“The money that we raise is going to either the people who help move the food or it’s going to obtain food,” she stressed,

Giving Tuesday also prompts Wickstrom to think of the “unpaid heroes” who give their time selflessly.

“It’s a recognition of the people that are here with us who don’t have to be,” she said of the food pantry volunteers.

She acknowledged those volunteers have stepped up to meet the increased need in amazing ways, and she hopes more will contribute by making a donation or holding their own neighborhood food drive.

“Just take a piece of paper and write ‘Food drive’ on it and put in on a box on your front yard,” she said.

Wickstrom many of their clients this year have been newcomers.

“There’s a lot of having to be humble and accept help. They’ve needed to rely on a pantry,” she remarked, noting the great extent of job loss. “This is a collective experience that we find ourselves in.”

To make a donation, visit https://www.hcsfamilyservices.org. 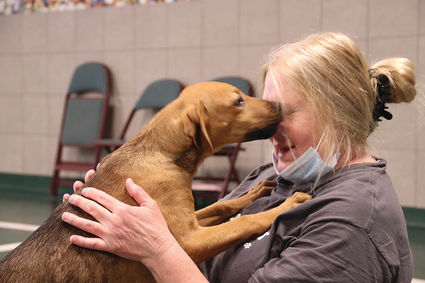 • For the Infant Welfare Society Hinsdale Auxiliary, Giving Tuesday is the tail end of its annual coat drive, according to sponsorship chair Lisa Haines.

“We collect new coats or gently used coats for families and kids,” she said. “There is a very significant need this year.”

The coats can be dropped off at a partnering CD OnePrice Cleaners branch, including locations in Countryside, Darien and Downers Grove.

“They will clean the coats and help us get them down to (our Chicago) center,” she said.

To make a donation, visit https://hinsdaleiws.com.