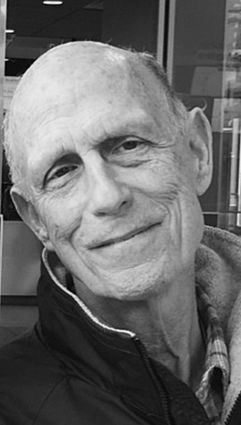 He was born in Pittsburg, Texas, in 1941 to Clayton Haralson Erskine and Kathryn Hoppel Erskine.

Mike attended Alamo Heights High School in San Antonio, Texas. In 1963, after graduating from the University of Texas on an ROTC Scholarship, Mike went through Navy flight training and flew 223 missions as a Naval aviator in Vietnam. He was a proud member of the A4 squadron VA76 onboard the aircraft carriers USS Enterprise and the Bonne Homme Richard from 1965-67. Mike continued his Naval career flying A4s and A7s onboard carriers in the Mediterranean. He left the Navy in 1972 and went on to a long and happy career flying for American Airlines. It was there he met and married Jackie Miller, his beloved wife and best friend of 40 years. At American Mike flew the 727, 707, MD super 80, DC10, 757 and 767 aircraft.

Over the years Mike coached his sons in sports and took them on "explores" in the woods. He enjoyed other pilots in the Silver Stripes Association and was a participant in the Union Church of Hinsdale's adult work tour program. In addition to the work tour trips to Guatemala, for many years Mike was a leader with Union Church's ecumenical soup kitchen program.

The family would like to thank Mike's loyal and faithful friends at Union Church's "soup group". In addition, they would like to express deep love and gratitude to all the CNAs and floor nurses of King-Bruwaert House, as well as the people of Angels Grace Hospice, for their loving kindness in caring for Mike.

Mike is survived by his sons, Michael (Natalie) Erskine V, Robert Andrew (Jenny) Erskine and Benjamin Clayton (Rhiannon) Erskine; his three granddaughters, Riley, Maya and Ava; his sisters- and brothers-in-law; and many nieces and nephews.