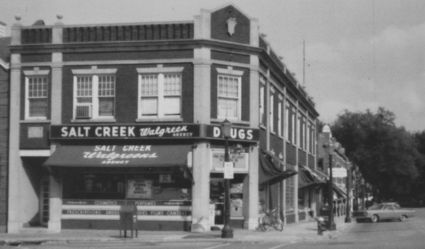 Hinsdale through the years - Walgreens first entrance into Hinsdale was in 1935 at the corner of First and Washington streets. "Dr. Merrick's and Evernden's original 1872 drug store changed ownership and locations twice before Walgreens bought the business in 1935. It remained at this First and Washington Street location until closing in 1973. It was not until 1986 that Walgreens again had a presence in Hinsdale," according to Sandy Williams' book, "Images of America - Hinsdale.