Sports shuffled, delayed as high schools try to return to play during pandemic 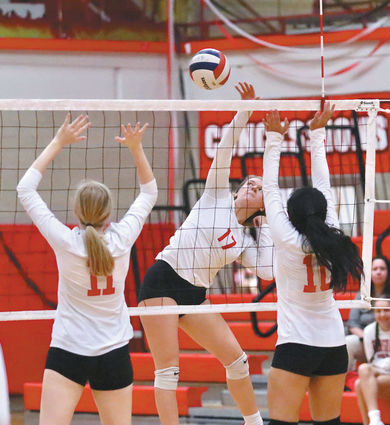 Girls volleyball and boys soccer will play in spring instead of fall this year under the IHSA plan.

The Illinois High School Association last week issued its modified plan for athletics during the 2020-21 school year, creating condensed seasons and moving some fall sports, including football, to late winter/spring and pushing back the season of traditional spring sports.

With the COVID-19 pandemic forcing unprecedented changes to the sports landscape, the IHSA, in consultation with the Illinois Department of Public Health, postponed the football, boys soccer and girls volleyball seasons to Feb. 15-May 1 in the hopes of safer conditions by then. Health officials consider football a higher-risk sport for virus transmission, while boys soccer and girls volleyball are designated medium risk. The categories are determined by the amount of contact between athletes and their proximity during play.

"The board believes this plan offers the most realistic chance for student-athletes to participate in interscholastic sports while balancing the challenges of a new academic setting and IDPH guidelines," remarked Erie High School Principal and IHSA Board President Tim McConnell in a press statement. "We are an education-based athletic association, and school has to come first. By delaying the majority of the team sports in the fall, it will allow our schools and students the chance to acclimate to what will be, for many, a totally new educational experience. We will do our best to try to give every student-athlete the opportunity for a season this school year."

The plan was released as Illinois Gov. JB Pritzker announced that the state would be "restricting youth and adult recreational organized sports," including school-based sports, beginning Aug. 15. Those restrictions do not include professional or collegiate sports.

"This isn't news that anyone wants to hear, but this virus remains dangerous," Pritzker said during his July 29 press conference.

Under the modified plan, the spring sports of baseball, boys and girls lacrosse, girls soccer, softball, boys tennis, boys and girls track and boys volleyball will be delayed until May 3 and go to June 26. Boys and girls golf, girls tennis, cross country and girls swimming and diving will remain as fall sports and will begin on Aug. 10 and go to Oct. 24. The winter season will run from Nov. 16 to Feb. 13, and spring from Feb. 15 to May 1.

"When you look at all the positives and negatives, I think it's a good plan," he said. "There was no perfect solution, but think the plan they came up with was probably the most workable to try to get all the sports in as much as possible."

He said moving spring sports like baseball and softball to the fall was considered, but would have prompted calls to do the same with other sports, like boys tennis.

"In reality, we wouldn't be able to justify moving just one or two sports to the fall," Jones remarked, while acknowledging the unfair hand dealt to spring programs. "Spring sports is still a concern of mine, since they lost their season last year, and now with a shortened season this year."

Brittany Wolski, head coach for varsity girls softball, said losing last season was tough, and now her players have to wait until to May to play.

"It's unfortunate. As a spring sport we're kind of getting the worst end of the deal," Wolski said. "It's been a wild ride, and it's taken a toll on the kids."

She's been keeping in touch with players to keep their spirits up, mindful that everyone's being impacted in some way.

"They're pretty crushed," Wolski said, characterizing her team members emotions. "But we're all getting hit in some fashion. We've just got to grin and bear it."

IHSA Executive Director Craig Anderson said the plan promotes both sports and safety, and is adaptable, if necessary

"I applaud our board of directors for choosing a model that allows every student-athlete the opportunity for a modified season," stated Anderson. "This plan, like nearly every aspect of our current lives, remains fluid." 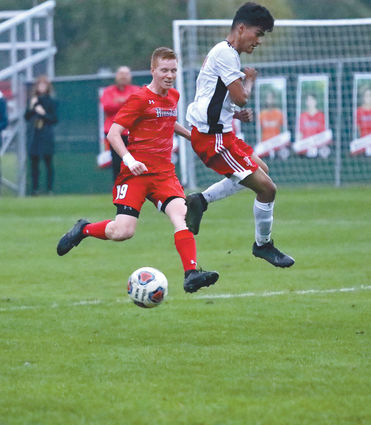 The IHSA statement noted that bylaws do not prevent schools doing remote learning from participating in sports and other activities, but decisions to participate will be made on a school and district level.

The schools' principals are expected to vote on the plans this Friday, he said, but he is still waiting on IDPH guidance on conducting meets.

"We're trying to create a tighter bubble that we can have a little bit more control over, as far as health checks and protocols," he said. "This is all happening last minute, but we're going to tty to do it as safely as possible."