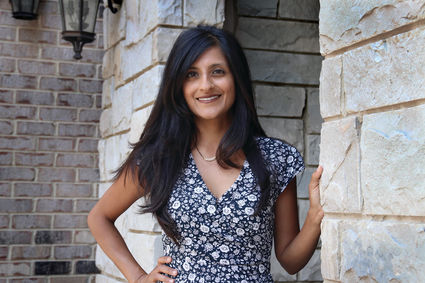 When Dina Patel's parents moved to the United States from western India in 1970, there was no cultural center or organization to help them connect with people who shared their culture. So they got creative.

"They used to call random people with the same last name and made friends through that cultural bond," Patel said.

Born and raised in the United States, Patel said she grew up in the traditions of her culture and the community her parents helped to build. A few years after adopting the western suburbs as her new home, Patel felt a tug to share the traditions and celebrations she enjoyed as a child with her own children and with people who shared a connection to south Asia. With no phone book to turn to, she and a friend, Tapan Desai, decided to throw a party.

"I didn't know what to expect," Patel said. But their first event attracted 300 people hungry for the traditions of their homeland. Guests came dressed in Indian attire and spent the evening dancing, eating and making friends.

"We were blown away that we had that much interest," Patel said.

The annual event, known as the "Garba" after the traditional Indian dance, became the flagship event of an organization called Hamara Parivar.

Hamara Parivar also hosts an event known as Holi each spring. Patel likens the ancient Hindu festival to a color run. Held in celebration of spring and signifying the victory of good over evil, Holi celebrants shower themselves in colored powder while enjoying the food and music of their heritage.

In addition to providing entertainment for Indian families in and around Hinsdale, Hamara Parivar has helped to form a more cohesive community. Like her parents, she now has a network of people who share her cultural background and whom she can count on.

This isn't the first time Patel created a community for fellow south Asians.

"My interest in our community came at such a young age," she said. In high school, she started an organization for south Asian students that still exists today. While studying at University of Michigan, Patel served on the board of the Indian American Student Association for two years.

After a few years enjoying the traditions of south Asia through Hamara Parivar, Patel decided it was time to add a philanthropic initiative. Led by co-founders Patel and Purva Shah of Oak Brook, Ignite Asha is an annual adults-only black-tie gala. Held in March, the event raises money each year for a different organization working to improve human rights for south Asian women and children. This year's third annual event took place the weekend before the COVID-19 shutdown and raised more than $100,000 for a drug rehabilitation organization in India.

Unsure of whether the event will take place in 2021, Patel said she, Shah and other members of Hamara Parivar are busy brainstorming new ways to support their community and stay connected.

"It's a great expansion opportunity for us as well," said Patel, who knows that no matter what the future holds, she is part of a community bound by culture.