For McGonagle, TCH job 'part of who I've always been' 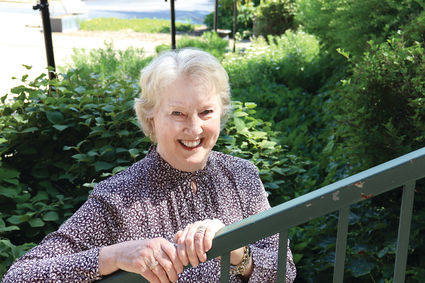 Several years ago a recent immigrant from China who had settled in the Hinsdale area with her family stopped into The Community House, looking for a way to connect with her new neighbors.

She met Marcie McGonagle, director of volunteer services, who worked through the language barrier to find a good fit.

"I was trying to get a sense of what she would be interested in," McGonagle recounted. "I could sense that she was lonely."

She asked the woman if she had made any friends. The woman smiled.

"She pointed at me and said, 'You, my friend.' It was just the sweetest thing," McGonagle said. "That's what I love about The Community House. People think of us as their friends."

McGonagle spent the last few weeks saying goodbye to many of those friends, retiring this week after more than two decades with the organization. That was a lot longer than she expected after having last worked as a speech pathologist in a public school.

"I just never really imagined working for a nonprofit," she remarked.

But the match was magical.

"I've always been passionate about volunteering, so it was a wonderful opportunity to get paid for helping people," she said. "For me it's just the perfect fit to actually be employed in the nonprofit world."

McGonagle earned both her undergrad and master's degrees at Indiana University, where she also met her future husband, Timothy. She considers her Community House tenure, which began in 1999, her "third career" after working in schools and then staying home to raise their two daughters.

During those 21 years, she launched the summer Volunteer Camp for middle school students and the Appreciation Reception to recognize outstanding volunteers, both ongoing annual events. And another initiative that truly stands out.

"Certainly the highlight for me is creating the Junior Board," McGonagle said of the team of teens that help power The Community House's engine of volunteerism.

"Working with these high school students and watching them flourishing and develop a passion for service themselves, as well as leadership skills, has been very gratifying," she said

Board alums put together a 12-minute video as a retirement tribute, thanking McGonagle for her life-shaping impact.

"It's really so special for me to know that I've been a positive influence in their lives, because that's what I set out to do," McGonagle said. "Now I have this permanent video that I can watch over and over."

In retirement, she looks forward to being "Gigi" in person for her four grandchildren ages 1-4.

She referenced a verse from one of her favorite poems, "The Summer Day" by Mary Oliver.

"Tell me, what is it you plan to do with your one wild and precious life?" it poses.