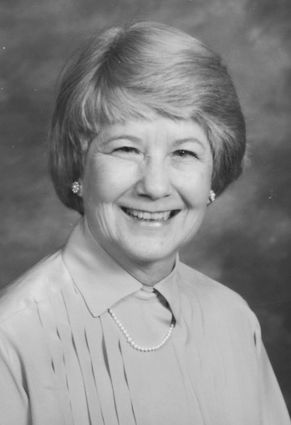 Dee was born in Chicago in 1934 to John and Olive Hofbauer. She lived in Hinsdale for 44 years before moving to Lakeway, Texas, in 2017.

Dee was a proud graduate of Oak Park High School and received her bachelor's degree from Monmouth College, where she was a member of the Alpha Xi Delta sorority.

She began her working career at Liberty Mutual Insurance Co. where she met the love of her life, Fred Leppin. According to Dee, she knew she would marry Fred from the moment they were introduced. They were soul mates. They loved to entertain, travel and play golf together, but most of all they loved to review each other's daily doings at dusk over a martini in their garden.

Dee was an accomplished and prolific artist and could paint in oil, pastel and acrylic. She was inspired by and studied under Charles Vickery, but soon developed her own sublime style. Dee was an active member of Oil Painters of America, Chicago Pastel Painters, the DuPage Art League and the La Grange Art League, where she also worked as a framer for many years.

Her paintings have been displayed in numerous galleries throughout Chicagoland. All who purchased her work proudly display it in their homes and, when asked, they say it's an original by Dee.

She was also a longtime member and former board member of the Village Associates of the Art Institute of Chicago. She looked forward to the group's bi-annual trips, which gave her an opportunity to see more of the U.S. and Canada and spend time with women she so enjoyed.

Family was paramount for Dee. She was devoted to her granddaughters, Clare and Layne, and loved being involved with her extended family. Dee wanted to be kept up to date on everything in their lives. Most recently she was becoming a pro at Zoom calls and texts to stay in touch.

Dee was preceded in death by her husband, Fred; and her brother, Robert Hofbauer.

Due to the current regulations regarding gatherings, a private family funeral service will be held at Christ Church of Oak Brook followed by a private interment at Bronswood Cemetery in Oak Brook.

Please show your support for Dolores' family by signing the online guestbook and sharing a memory at https://www.sullivanfuneralhomehinsdale.com.

In lieu of flowers, donations can be made online to either Christ Church of Oak Brook at https://www.christchurch.us/give or the La Grange Art League at https:// http://www.lagrangeartleague.org/support.