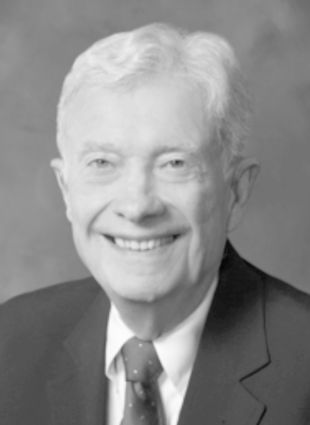 William Charles Ives, 87, of Chapel Hill, N.C., a former longtime resident of Hinsdale, died peacefully on May 30, 2020, surrounded by family.

Born in 1933 in Galesburg to Dale Gilbert and Anna Grace Ives, Bill was raised in Aledo where he excelled academically and won nine varsity letters in football, basketball and track. He attended Knox College, playing on three conference championship golf teams and was elected Phi Beta Kappa. While at Knox he took a then unprecedented five-week trip with other university newspaper editors to Russia in 1954, a journey that received wide national media coverage and about which he wrote and spoke extensively.

Bill served in the U.S. Army from 1955-57, joining the Counter Intelligence Corps as a field office commander in Giessen, Germany. He was always proud of his military service and the many lessons he learned from it. He then entered Harvard Law School, graduating in 1960. and practiced law for almost 60 years, the first 35 years with Keck, Mahin and Cate in Chicago, where he rose to become chairman of its management committee. He later joined Michael, Best and Friedrich and then practiced in Chapel Hill until 2019. Bill was admitted to practice before the U.S. Supreme Court and gave numerous speeches on legal subjects.

Bill held various civic positions, including the chairmanship of the Illinois Fair Employment Practices Commission, special assistant Illinois attorney general and DuPage County assistant state's attorney. He also served as a member of the Secretary of State's Advisory Committee on International Law. He was active in the Republican party and was a member of the Illinois Republican State Central Committee for 12 years. Bill was elected to the Illinois College of Presidential Electors in 1968, 1972 and 1976 and twice served as its chairman. He was a credentials committee member of the 1976 GOP National Convention. In addition, Bill was on the executive committee of the 1992 Chicago World's Fair, President of the International Churchill Center, Board of Governors of the Association of Churchill Fellows at the National Churchill Museum and member of the Illinois State Historical Society's Advisory Board. His hobbies were collecting, sports, and travel. Bill and his wife Virginia visited more than 200 countries.

He was preceded in death by his parents; his brother, Robert; his nephew, Rob Ives; and his grandson, Matthew Ives.

Services and burial will be in his hometown of Aledo at 11 a.m. Saturday, June 6.

A Memorial Service will be held in Chapel Hill at a later date.

In lieu of flowers, please donate to a food bank of choice.