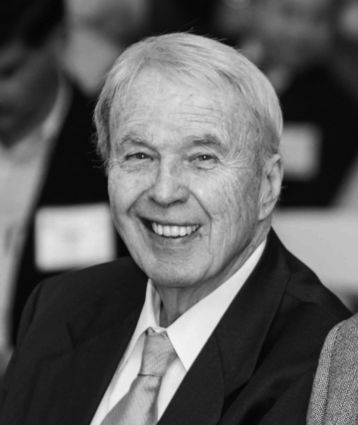 Donald L. Lindsey, 91, a longtime Hinsdale resident, labor leader and veterans advocate, died peacefully May 29, 2020, in Westmont, with family by his side.

Donald was born in 1928 in Clinton and began his career as a locomotive fireman on the Illinois Central Railroad in 1947, later promoted to locomotive engineer. After serving in the U.S. Army during the Korean War, he attended Thornton Junior College, DePaul University and John Marshall Law School. He had an interest in the legislative process and saw the opportunity to put his personal experience as a locomotive engineer to use in improving the working conditions and protecting the rights of locomotive engineers.

After his Illinois Central experience, he went on to leadership positions with the Brotherhood of Locomotive Engineers AFL-CIO, first in his home state as legislative director in Springfield and then in Washington D.C. as vice president and national legislative representative, promoting the interests of locomotive engineers before Congress, the administration and various federal agencies. He testified before Congress many times on railroad labor issues. A tireless advocate for rail transportation and safety, he served on advisory boards and committees of various state and national governmental, trade and professional organizations, including the Federal Railroad Administration, Illinois Department of Transportation, METRA, the National Safety Council and Operation Lifesaver. He was a charter member of the U.S. High Speed Rail Association.

In retirement Donald was honored to serve as a longtime board member of Dr. Lanny Wilson's DuPage Railroad Safety Council. He also enjoyed many friendships and activities with The American Legion Hinsdale Post 250. For almost two decades he marched in the annual Memorial Day and Fourth of July parades, handed out school awards at local graduation ceremonies and stood at Kramer Foods collecting money each December for Christmas gifts for hospitalized veterans. He served as Hinsdale Post 250 commander, as well as the DuPage County commander for The American Legion.

He was preceded in death by his wife of 40 years, Dolores.

In lieu of flowers the family asks that donations be made to the Hinsdale American Legion Post 250, 19 E. Chicago Avenue, Hinsdale, IL 60521 Services were held June 2.