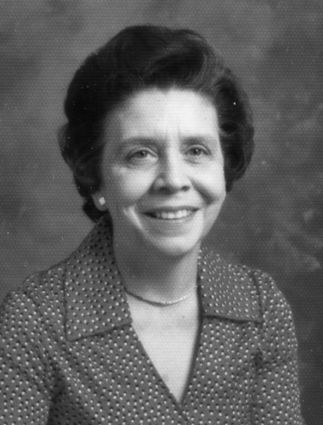 Gladys was born in 1923 to William Thomas Blakney and Vannie Louise Emerson, who named her Elma Gladys Blakney. She was the youngest of five children and grew up in the rural community of Kennedy, Ala.

While attending college at the University of Alabama she met her future husband, Arthur Arnold, MD (deceased 1977), and they were married at the university. They moved to Boston where Gladys worked at the Lying In Hospital while Arthur completed medical school at Harvard University. Near the end of World War II, the couple lived on Guam, where Arthur was a neurosurgeon at the U.S. Naval Hospital and Gladys worked in the hospital's records office.

Upon completion of Arthur's naval service, the couple settled in the Chicago area, where they built a home in Hinsdale and raised their two biological children, Richard (Debra Jurasek) and Donna (deceased, 1971), and adopted daughter, Jennie Lee (Steve Mihelich).

She loved her pugs, and her "grand-dogs", Lovie, Rosie, Remy, Buzz and Ruffian. She especially enjoyed her family, gardening, and watching football games involving the Chicago Bears or the Alabama Crimson Tide. After moving from Hinsdale to California 25 years ago, she was active at the Pleasant Hill Senior Center and enjoyed numerous trips and other activities sponsored by the center.

In addition to her children, she is survived by her grandchildren, Amelia (Adam Oxman), Juliana, Nicole (Zenith Tandukar) and Christopher; and her great-grandchildren, Avery and Asher.

Burial was at Bronswood Cemetery in Oak Brook.

In lieu of flowers, memorials may be made online to the University of Alabama, where a scholarship has been established in her memory. Visit https://www.give.ua.edu, then enter "Gladys Blakney Arnold Endowed Scholarship" in the search bar or call the university at (205) 348-5370 for assistance.