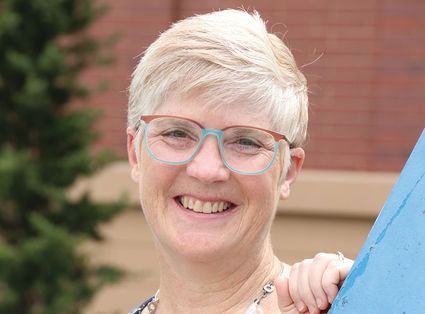 Donna Vorreyer never wanted to be anything but a teacher.

"I was one of those kids who loved school," she said. "There was never a doubt in my mind that this is what I wanted to do."

In her 36-year teaching career, Vorreyer taught students from kindergartners through eighth-graders. But it was the middle schoolers who she came to enjoy most.

"I started to realize how much more I could do with the older kids," said Vorreyer, who after a few years teaching in the lower grades took a job teaching sixth grade at Madison School. Two years later, as the Hinsdale Junior High transitioned to Hinsdale Middle School, Vorreyer transitioned, too. In her 28 years on the HMS faculty, Vorreyer has taught language arts, social studies and writing. She's taught all three grade levels, but spent the last several years teaching sixth grade language arts.

As with any career that spans decades, Vorreyer said she's seen a lot of change. Technology has affected the way lessons are taught and communication between students, teachers and parents. She said teachers today need skill sets that go beyond what was required when her career began. But what remains the same are the students.

"Middle school students are still walking bundles of emotion and enthusiasm," she said. That's what makes them so exhausting, she said, and so exciting to teach.

As Vorreyer looks back on the countless memories that shaped her career, she also remembers an event that helped to shape her life. It happened when she was the age that her students are now. With her junior high's annual gym show approaching, she considered herself too uncoordinated to participate. Her physical education teacher thought otherwise.

Mr. O'Connor challenged her to learn to turn a cartwheel, and worked with her after school for two weeks in preparation for tryouts. Vorreyer remembers him as caring and encouraging, but also tough, fair and open - three things she hopes her students will think of when they remember her.

The daily surprises that come with teaching have kept Vorreyer coming back to the classroom.

"No two days are ever the same," she said.

With only months left in the final academic year of her career, she was faced with perhaps the biggest surprise yet. Along with every other teacher, Vorreyer was forced to abruptly leave her classroom and take her teaching online.

Switching to a remote teaching platform wasn't the hard part, she said. What's made it difficult is the lack of personal connection between teacher and student. She misses seeing the expression on a student's face when an idea sparks.

"It's just not the same as being in front of them in a classroom."

She hasn't ruled out the possibility of returning to the classroom as a substitute someday. But first, she'll spend some time exploring life outside of school. She hopes to do some traveling, visit the country's national parks and write.

"Now, I'll have to make my own surprises," she said.