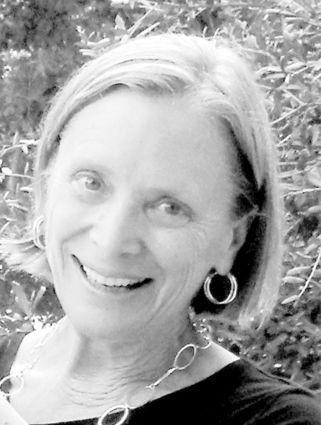 Dawn Elisabeth Ann McIntyre, 80, passed away on May 11, 2020 at La Grange Memorial Hospital.

Born in 1939 in Lakehurst, N.J., Dawn was the daughter of a career United States naval captain and moved often with her family before settling in Annapolis, Md. She attended Penn Hall Academy in Chambersburg, Pa., and Greenbrier College in Lewisburg, W.V. Dawn's beauty and poise didn't go unnoticed which helped her land a short career in modeling. Her beauty also caught the attention of a Naval Academy midshipman, Frederick Potts McIntyre. After a short courtship, Fred and Dawn were married on April 23, 1960, celebrating their love with all of the traditions of the military.

While raising their family over the years, Dawn and Fred lived in many places including Okinawa, Japan; San Diego and Fairfield, Conn., before eventually retiring to the Charleston, S.C. area. After the passing of her husband in 2015, Dawn moved to the Chicago area to be close to her daughter, Cynthia.

Dawn was a devoted and loving wife, mother, grandmother, sister and friend to many. Above all else, she showed selfless love to her family and enjoyed every minute she spent with her precious grandchildren, who affectionately called her "Mimi."

Dawn had a witty sense of humor that always made people laugh and smile. She loved to travel and cook and was a passionate artist with a trademark signature of a ladybug that she would add to each of her paintings. She worked for many years for the board of education in Fairfield and gave back to the community through her involvement in various charitable organizations, especially during her time in the Charleston area.

Dawn is preceded in death by her husband Frederick Potts McIntyre; and her daughter, Pamela Apsley McIntyre.

At a later date, a memorial service will take place in Hinsdale and a private family burial will be held in Philadelphia.

In lieu of flowers, memorials may be made online to AMITA Health Foundation supporting the health and safety of the doctors and nurses at LaGrange Memorial Hospital who are taking care of many patients battling COVID-19 at https://www.amitahealth.org/patient-resources/giving/make-a-gift/make-a-gift-covid-19-support.