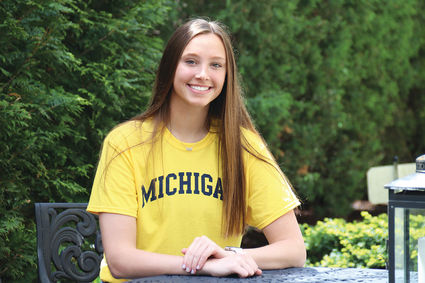 At the close of tonight's Hinsdale Central virtual graduation ceremony, members of the class of 2020 will move their tassels across their caps to symbolize their transition.

Although that final act will be done at individual homes due to COVID-19, it will pay homage to a four-year journey engaged in collectively, suggested seniors Lauren Hughes and Nick Moawad.

"I don't want to be remembered as the class that didn't get a prom or graduation because of corona," Hughes said. "Our class has been so much more. I honestly believe that we are a class that goes above and beyond what is expected."

As student body president and vice-president, respectively, Hughes and Moawad will open and conclude the graduation proceedings, a task they have taken to heart.

"We're like the last two people that really recognize our class before everyone leaves for college," Moawad remarked.

"It really is an honor to be standing up there and speaking to our class," Hughes said. "It truly is our last shared moment as a class."

"The entire grade showed up, and we grilled in the morning and kids were playing music and people were taking pictures," he said. "All of those memories are what make our class a class."

Hughes reflected on her personal evolution since arriving at Central, even as recently as this past January when she accepted a friend's invitation to join the Bollywood dancing troupe for the school's Ethnic Fair.

"I suck at dancing, but I gave it a shot and ended up really liking it," she said. "I think as I've grown more into myself and into the school, I have been able to do things that I wouldn't have as a freshman."

Moawad said that kind of branching out makes all the difference.

"I think Central just does a really good job of fostering growth and development," he said. "Our community and the little things we do make it what it is."

Hughes said the class of 2020 has shown resilience.

"I think, as a community, we've done a really good job of keeping our spirits up and trying to get through things together," she said. 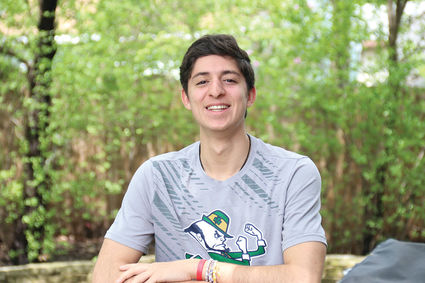 Moawad added that he and his peers will be less disposed to take life's normal patterns for granted.

"Now we all generally appreciate what we have a bit more," Moawad remarked. "I think our class is going to be class that will talked about for many years to come."

Hughes voiced a sense of pride in being counted among this year's graduates.

"I've always believed we're a class that goes the extra mile, whether it's in sports, academics or just being a good person.

"We're smart, we're fun, we're a lot of things," Hughes continued. "We're made up of a lot of awesome people that I'm truly confident will go on to change the world."