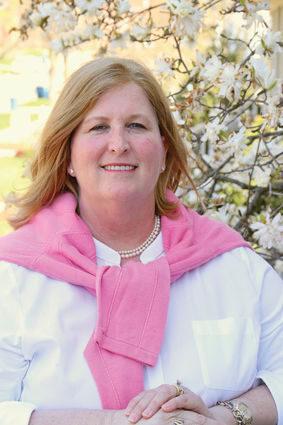 When the mid-March wedding of a Trinity Presbyterian Church couple had to be postponed due to COVID-19, fellow congregant and Hinsdale resident Tyra Bone felt the planned bridal shower must go on.

But with shelter-in-place rules also prohibiting that event - which had been scheduled for last Sunday - Bone and other church women began collecting money and gifts to furnish the newlyweds' marital home.

"We said we'll still gather gifts because they were still going to go forward with the (wedding) license in May so they can start their married life," Bone said. "We kind of came up with the plan of gathering donations. I was just the one that was handling the gifts and getting the communications out to all the women."

The effort had generated more than $1,000 to put toward the wedding registries.

"People have been very generous," she remarked.

Bone said the bride has been part of Trinity's Hinsdale fellowship for more than 10 years and brought her fiancée into the fold as their relationship developed.

"She's well loved and has just really served the community in our church," Bone said. "We really wanted to honor her."

March is also the month Bone had cancer surgery.

"I was diagnosed last November with synovial sarcoma in my leg. I went through rounds of chemo and radiation before they removed the tumor in March," she recounted.

Luckliy the procedure was completed just before the hospital went into lockdown.

"I came out of surgery and the hospital had gone into COVID-19 mode," Bone said.

Surgeons were able to close the wound right away instead of requiring a second appointment.

"I would have had to stay in the hospital for two weeks all by myself," Bone said of the alternative.

With her two college kids at home, mom has had plenty of helping hands around.

"Everybody is pitching in and doing housework. It's really nice to have everyone together during this time," Bone said.

Home confinement can be a bit style-cramping for those now accustomed to independent life.

"We have some good laughs and fun times. It's certainly not where everyone would like to be, but that's OK," she acknowledged.

She's doing physical therapy as part of her recovery.

"I'm in a good place and really hopeful," said the deeply faithful Bone.

Her family was among Trinity's founders in 2006. And Bone leads the internship program at Timothy Christian School in Elmhurst, where her children attend.

The couple's wedding has been rescheduled for July. Bone looks forward to having a proper in-person shower. For now, non-contact expressions of love must suffice.

"I'm just happy to be able to help with that, and see everyone do their part," she said.