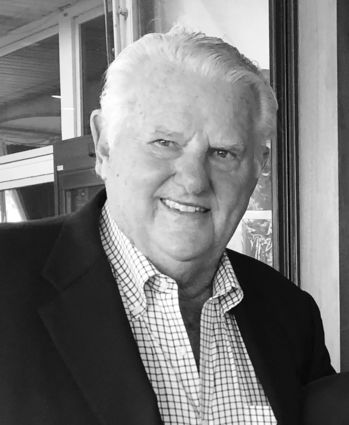 Billy Johnston Jr., former Hinsdale resident, died March 27, 2020 at his Ocean Reef, Key Largo, Fla., home with his wife, Jane, and son, John, by his side.

He was raised in Jacksonville, Fla., graduated from the University of Miami in 1957 and went on to serve in the United States Coast Guard from 1957-61.

Billy met Jane in 1957 and married her in 1958 in El Paso, Texas. They raised their three children, Duke, John, and Heather in Hinsdale and Burr Ridge.

Billy had a longtime career in horseracing, management and ownership at Sportsmans, Maywood and Balmoral Park racetracks. He notably brought George Steinbrenner and his children into the ownership group of Balmoral and Maywood.

He also was involved in the greyhound industry in Florida and had a passion for commercial real estate and farming.

An active figure in his Florida community, Billy was a member of the Key Largo Anglers Club and the Ocean Reef Yacht Club. Billy enjoyed golf and tennis but had a passion for boating. He designed and built two trawlers with his friend and naval architect, Art DeFever. He extensively cruised the Great Lakes and the Atlantic coastal towns, including traveling the great loop twice.

Billy is survived by his wife, Jane, née Grubb; his children Duke, John and Heather; and seven grandchildren and great-grandchildren.