Author, consultant is grateful for her hometown 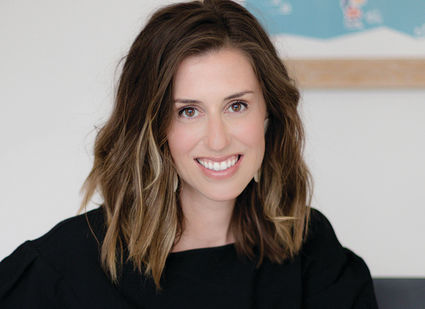 A single sentence changed Colleen Bordeaux's view of the world and her own future.

The lifelong Hinsdalean was a student at University of Illinois at Urbana-Champaign when she entered a study abroad program in Capetown, South Africa. Her work there included a volunteer position at an orphanage, where four women cared for 84 children.

During orientation, Bordeaux, then Colleen Kelly, was told to avoid asking the kids what they wanted to be when they grew up.

"I wasn't to ask them, they said, because, 'They can't be anything.' I was shaken to my core."

Bordeaux holds a degree in print journalism from University of Illinois. The world of print journalism was changing quickly when she graduated in 2008. Bordeaux left South Africa, and college, without a clear path for her career.

It was an internship with the corporate communications department of McDonald's Corp. that started her on the path to consulting. But she's never let go of her love of writing.

She is the author of a monthly blog and in 2019 Bordeaux published her first book. "Am I Doing This Right? A Philosophical Guide to Life in the Age of Overwhelm" topped the Amazon New Release & Best Seller list.

"I was blown out of the water at the response I got from the book," said Bordeaux. She said the book encourages the reader to search for what sets them apart and calls on them to explore the answers to seven key questions. The answers to those questions, Bordeaux said, can lead people to more fulfilling lives.

Bordeaux currently is on a six-month sabbatical as she explores the topic of how the human workforce remains essential as technology claims more and more jobs.

"It's called the future of work," Bordeaux said. "It basically looks at how technology is changing how humans interact with each other."

Through work with the Art Institute of Chicago and Second City, she's exploring the teaching of creativity and other human skills in the workplace. Creativity, empathy and communication, she said, are things technology can't replace.

Looking back on her childhood, Bordeaux remains grateful for the safe, nurturing environment she grew up in.

"Hinsdale is an amazing breeding ground for people who can change the world," said Bordeaux, who remains determined to be one of those people.