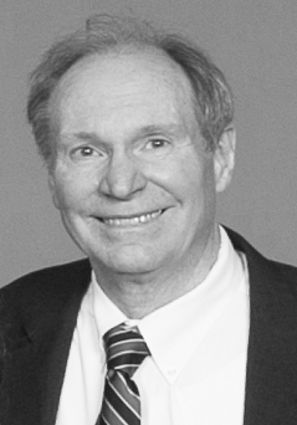 Randall J. Woods, 71, of Hinsdale passed away March 16, 2020, at the University of Chicago Hospital.

Randy was born in 1948 in Chicago to Stanley J. and M. Eileene Woods. As a young boy, he lived in Chicago and Oak Park.

His family moved to Hinsdale in 1960, where he attended St. Isaac Jogues School and Hinsdale (Central) High School, where he set the high hurdles record, was the president of the National Honor Society and met the love of his life, Carol Ann Kresse, whom he married on Dec. 28, 1969.

He attended Princeton University, where he ran on the track team and majored in sociology. Upon graduation, he enlisted in the Army in 1970 and after basic training in Fort Dix, N.J. he was sent to the Defense Language Institute in Monterey, Calif. He earned his diploma in Czech with honors and then worked for the NSA doing top secret work during the Cold War.

He served three years in the military, mostly in Germany, where his first son, Paul Kenneth, was born in 1972. The young family returned to Hinsdale, where his daughter, Carrie Christine was born in 1975. Being a dad was the role he valued above all. He was an example of patience and love and set the gold standard for embracing a lifetime of learning.

Randy pursued a career in business and always worked to broaden his knowledge base. He first earned a master's degree in metallurgical engineering from Illinois Institute of Technology while working for his father's company, Pentagon Pattern and Engineering Co. His second graduate degree was a master's in business administration from University of Chicago in 1976, which led to his more than 40-year career at FMC.

He believed he had the best job in the company when he was managing the FMC pension fund. He was applauded by Warren Buffett who said his management of the plan was, "really terrific and deserved some publicity. It's one of the great long-term results in institutional management."

He earned his third master's degree, in philosophy, from DePaul University in 1992. His fourth graduate degree was a master's in English literature from Northwestern University in 1999. Ultimately he finished his Ph.D. in the field of English with his thesis on the works of T.S. Eliot in 2007 at the age of 60.

He was a dedicated servant to Grace Episcopal Church in Hinsdale, where his children and grandchildren were baptized. He served as senior warden to the vestry and was a member of the endowment and property and the rector search committees. He helped lead the 2005 capital campaign to raise $3.5 million to expand the church and renovate the rectories.

He was preceded in death by his parents, Stanley and Eileene Woods; and his granddaughter, Grace Elizabeth Doyle.

He is survived by his wife, Carol Ann Woods; his children, Paul (Christine) Woods and Carrie (Jeff) Doyle; his grandchildren, Brian, Elise and Jason Doyle, and Kylin, Evan, Londyn and Ryan Woods; his sister, Cindy Delack (Vincent), as well as many nephews, cousins and friends.

Due to the COVID-19 outbreak, the family will hold a private service at Sullivan Funeral Home in Hinsdale, with plans for a public memorial service Labor Day weekend at Grace Episcopal Church. Send condolences online at https://www.sullivanfuneralhomehinsdale.com.