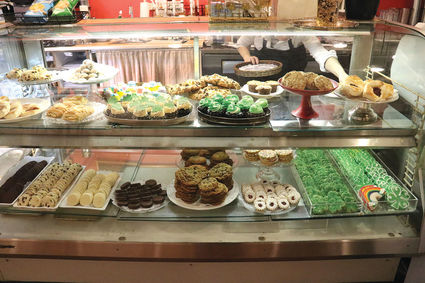 Tables and chairs at Toni's Patisserie and Café were pushed along the wall Monday following Gov. J.B. Pritzker's order to close all dining spaces, but the display case was full of treats for St. Patrick's Day. Starbucks removed its chairs as well. Both establishments, as well as most eateries in Hinsdale, remain open for takeout and/or delivery.

Those two words describe how many are feeling as entertainment venues are closed, restaurants are limited to carryout and performances and fundraisers are canceled due to COVID-19.

The Hinsdale Auxiliary chapter of the Infant Welfare Society of Chicago had planned to hold its annual fundraiser, Tablescapes, this Saturday.

The board met last Friday and voted unanimously to postpone the event until Sunday, Sept. 20.

That was a tough decision for Hinsdale Tracy Fussaro, who is co-chairing the event with Kimberly O'Gorman.

"We basically start planning it in the summer, so it's been seven or eight months of work and we were like a week out when we had to reschedule it," Fussaro said.

She also is concerned for the Angel Harvey Family Health Center, operated by Infant Welfare, in Chicago.

"It's hard for them because they are relying on our donations. The need is still out there whether the event goes on or not," she said.

Finding the right date in the early fall was no easy task, with so many other galas and fundraisers already set for that time of year, Fussaro said.

"This is uncharted territory. Everyone is doing the best they can," she said.

She hopes people will either transfer their ticket for the Sept. 20 event or consider it a donation to the center. The time and location - noon to 4 p.m. at the Westin Lombard - remain the same.

"Hopefully people will be really ready to come out and support it," she said. "We promise a bigger and better event."

Stage Door Fine Arts had planned to produce two shows at The Community House this spring - "Moana," featuring performers in second through eighth grade and "Urinetown," featuring those in high school.

Now, after one or two rehearsals, both shows are on hiatus.

Stage Door co-founder Paula Taylor said she and her partner, Don Smith, attended a meeting at The Community House Monday.

"A lot of the meeting was all of us staring at each other, not really knowing what was the best thing to do," she said. Things are changing so much and so fast that we're still trying to get a grasp on it."

The Community House has announced its facility is closed through March 29. Even if rehearsal space became available that week, Hinsdale schools will be on spring break.

"What we had been thinking last night is starting back up April 6, but now with even newer restrictions, we don't know what is possible," Taylor said, noting that "Moana" is set to open May 29.

She and Smith have discussed the possibility of doing video choreography sessions, but eventually, performers needs to be on the same stage.

"There's a point where they need to know where they stand," she said.

While decisions have to be made based on health and safety factors, Taylor said it's hard to make a decision that will disappoint a young actor. 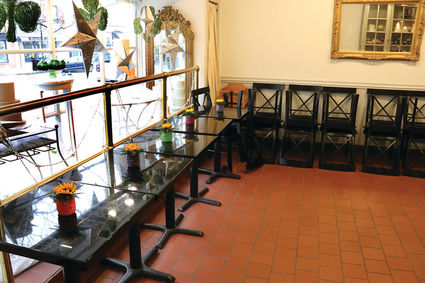 This is a critical time for restaurants, said Peter Burdi, owner of Nabuki and Il Poggiolo in Hinsdale.

"Nabuki is holding its own," he said. "Il Poggiolo, we weren't so much a pickup and deliver place. We are going to try to get through the next couple of weeks, but I think it's going to be more than a couple of weeks."

Burdi said his goal is to keep employees working and said, as always, everything is being done to make sure they are healthy and all food preparation areas are clean and sanitized.

He emphasized that customers' patronage will make all the difference during this challenging time.

"It's crucial," he said. "It really is. We have to get the support. Otherwise, it's not going to matter."

All but one of the independent restaurants in Hinsdale are offering carryout and/or delivery while dining rooms are closed.

Free delivery through March 31 during normal business hours, frozen pizzas available for those who would rather cook at home

Regular or “no contact” delivery and carryout starting at 4 p.m.

Delivery and curbside pickup from noon to 8 p.m.

Curbside pickup, delivery and Door Dash from noon to 8 p.m.

Carryout and delivery during business hours