Central junior plays role in education across the state 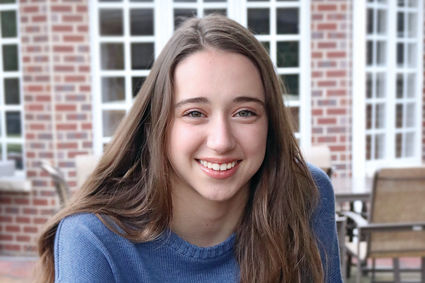 Faith Drescher had only been in school a couple of years when she decided that's where she wanted to be for the rest of her life.

Since second grade, Drescher has known that her future is in education. But it wasn't until she was selected for the Illinois State Board of Education's Student Advisory Council that she realized education doesn't take place only in the classroom.

As a freshman at Hinsdale Central, Drescher was encouraged by a teacher to apply for membership on the council - a group of 21 high school students from across the state who explore topics and conduct research that helps to shape the path of the ISBE. Drescher said she saw it as a chance to be involved in the state's education program long before she could become a teacher and to have a say in how and what is taught in school across Illinois.

Excited about the opportunity, Drescher filled out the application, gathered letters of recommendation from teachers and sat down for an interview. Later that same semester, she was welcomed as a member of the prestigious body.

"I was honored to be invited to the state board," Faith said.

Council members gather in Springfield four times each year. Over each two-day stay, they work on projects that aid the ISBE in their policymaking. In her two years on the board, Drescher has tackled issues such as mental health and social emotional learning. She said the student board helped the ISBE realize the importance of mental health in schools.

"Our work is the only direct student voice input that the board receives all year," she said. "We help them to see what's really important to students."

This year's focus has been on student safety. Drescher said her deep dive into the subject has had a direct effect on her own high school, where A.L.I.C.E. - Alert-Lockdown-Inform-Counter-Evacuate - training was introduced. A.L.I.C.E. empowers teachers, staff and students to respond to a safety threat inside and outside the classroom.

The students recently added another item to the report they will present to the state board. They're discussing what schools can do to protect staff and students during a pandemic.

"Now, we need to be prepared for this in the future," she said.

Council members come from districts big and small, urban and rural. Working so closely with students from diverse backgrounds has opened her eyes to issues and perspectives that exist outside her own community, Drescher said.

It's also shown her opportunities in education that go beyond classroom teaching. After working with the state's top policy makers, she sees potential in that field.

But first, she plans to pursue her childhood dream and become a teacher. She said her work with the advisory board has further solidified a decision she made long ago.

Drescher holds leadership roles with several student organizations at Central. But her role with the state's student advisory board tops them all, she said.

"It's been my favorite part of high school," she said.