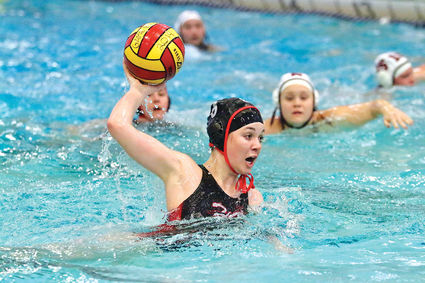 The boys and girls track and water polo teams are among 13 teams that compete during the spring season at Hinsdale Central High School. The track teams have been competing indoors since February, and the water polo teams are playing their first games this week. (file photos)

Spring is just around the corner, much to the delight of athletes on 13 teams at Hinsdale Central High School.

Other Red Devil teams will be featured in the March 19, March 26 and April 2 issues.

Last year: 8th at sectionals, one runner qualified for state

Indoor season: We've got two more meets (including conference). We've run in a couple of competitive meets and we've done well. There were two in particular (when) our kids got to run against some high-quality competition. Indoor we use to get kids acclimated to the season and beginning to compete again. I think they did a nice job across the board.

Strengths: Motivated, I would say, for sure. We've had a really good group of kids, and I think they all share the same vision of wanting to get better. They come to practice ready to work and they're such good kids. We're really excited about this group, all levels. It's a very hardworking, dedicated group this year.

Challenges: Just competing in our conference against locals like York and Lyons Township and Oak Park. They're good year in and year out. I don't think we have any internal challenges because it's a really nice group.

Who to watch: Eli Sobecki, he's a hurdler. Sprinters Isa Hitchens, Joey Morris and Jacob Marquez. Chris Robinson, he's a good thrower for us Carter McCarroll, he's one of our distance runners. It's a good mix between sophomores, juniors and seniors. You always want kind of a good mix with any group.

Outlook: Our goal indoors is to try to finish in the top three or four as a team and then likewise outdoors. I think one of the favorites is York. York is pretty strong this year. Oak-Park is usually a tough team to beat. We've finished varsity around fourth, fifth the last couple of years. The goal is to crack that top half.

Furthermore: We've got a great coaching staff. I'm lucky. They're a great group of guys. Weather-wise, hopefully, this won't be the last of the good weather. Come April it could be snowing. That's always a mystery, so we're keeping our fingers crossed.

No. team members: 90 at all levels

Indoor: So far it's been going good. We're off to a good start. We've got some seniors that are some high-caliber runners and one's a thrower, and we've got some girls that are sophomores that have come up from freshman year and they're helping us out in the sprints.

Strengths: Probably our distance girls. Two of them are very good, not just on a state level, but probably nationally. We have a very good shot/discus thrower.

Challenges: Just to continue to develop to the varsity level with so many younger runners. Most of our outdoor invitationals are against some of the best teams in the state of Illinois, so it's always a challenge for us to go and compete against them. We're losing a couple of girls - Olivia Rayis and Fallon Limberg - to soccer, but that's just how it is.

Who to watch: Distance runners McKenna Revord and Emma Watcke and Taylor Wagner - they all ran on our cross country team that finished third. Senior Dior Nicholson on shot put and discuss. A runner who has had a good indoor season would be sophomore Erin Milligan. Junior Kendall Griffin, she has done very well for us in the long jump and hurdles this year. Sophomore Karina Shtogryn has been a good sprinter for us.

Conference foes: We're in a competitive conference. LT has a nice strong team and so does Glenbard West and Downers North, so we'll see what happens.

Outlook: I think we'll be competitive at all the big invitationals that we run in. I think we'll be a team that's going to one of the top five teams. This year we're going to be in a sectional over at Lyons Township. That's a different sectional for us. There's a chance we could qualify a few more kids (for state). When it's all said and done, I think Watcke and Revord and Nicholson should do very well at the state track meet. Watcke is going to go to Wisconsin next year and run on a track and field scholarship and Revord is going to Mizzou on a track and field scholarship. We're still looking for a home for Nicholson.

Furthermore: I'm looking forward to watching these kids develop. The older girls, I don't want to see them leave, but I'm excited to see them perform, especially at the highest level.

Strengths: Cohesiveness, eagerness. They are young and so there is no pressure on them. It's not their last year. They're just out there to have fun. I don't think they are taking themselves so seriously. That might sound like something bad but I find it to be relieving. They're always in a good mood and they want to be there. They're really taking the season for the future.

Challenges: I think just lack of experience. The same thing that is our strength will also be our weakness. Water polo is often a game where you just have to know how to read the pool and that just comes with knowing where to be and how to move. You can't really do that unless you're playing.

Who to watch: Nathaniel Hamp is our senior and our leader. He started as a freshman on varsity and I think this year will be a great capstone year for him. He'll be a captain and a leader in the pool. Also Alec Schmidt, he's a junior, he also is a leader and will definitely start to take a place in the pool for offensive and defensive positions. He's really hard working. I would also look to Michael D'Aprile. He's a sophomore. Last year he really impressed me at the end of the seasons and the last week or so at practice, every time I look at him, I think, "You are going to be a star."

Outlook: What I'm looking at this year are small goals. We lost a lot of our starting lineup last year. I'm looking to make sure the boys don't get so tripped up on wins and losses and we look at progress and are we growing as a team. I'm hoping to go .500 again or better, and that's what they want, too.

Coaching staff: My assistant coach is Josh Del Rosario Rivera, he's an old player of mine. He's been coaching with me for three years. He's coached wrestling for two years. I'm just super-impressed with his leadership and I think he's integral to our success as a program and maintaining that Red Devil integrity wherever we go.

No. team members: 12 on varsity

Strengths: We're going to have a lot of speed up top. We have some really strong swimmers who are going to be able to force the issue on counters. They happen to have strong shots as well. The speed that we have up top should allow us to shorten up the pool and lead to some counters, which will hopefully lead to quick goals. We are returning these starters who should be able to continue to grow together. 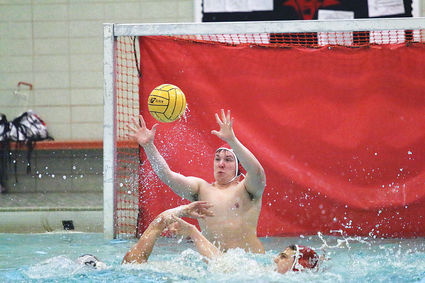 Challenges: The external challenges are obviously the sectional that we're in. It's top heavy with the Naperville team. Internally, we are a little younger that we have been in the past, so growing and developing those girls. That's a good problem to have. They will grow together as the season moves forward and next year and beyond.

Who to watch: Katrina Geiersbach is entering her third season on varsity. She's a junior. She scored over 100 goals last year and led the way in that department. I'm looking for her to continue to grow. Lilliana Kloubec is a good defender in the whole set. Having those two leading the way provides a lot of strengths for the team.

Outlook: I think that we'll have a strong season. The girls are already starting to gel and to come together. With the speed and the smarts on the team, I think we're going to have a lot of good, competitive games.