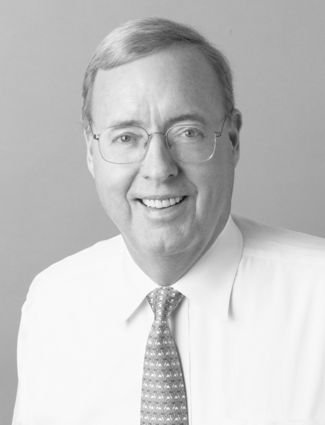 Paul Edward Purcell Sr., 73, of Hinsdale died Feb. 28, 2020, in Sarasota, Florida from complications from cancer. His wife and four children were with him at his death.

Paul was born in 1946 in Salt Lake City, Utah, the third child of Philip and Shirley Sorensen Purcell. His father successfully ran the Continental Insurance Agency in Salt Lake City. Paul was 5 years old when his mother died of cancer, leaving behind him, his older sister Ann and his older brother, Philip. When Paul was a teenager, his father married Norine Maxfield and the family later welcomed Paul's sister, Patrice.

Paul attended Judge Memorial High School in Salt Lake City, and then the University of Notre Dame. In his freshman year at Notre Dame, Paul met Patricia Wiedner, a student at the neighboring St. Mary's College. Following his graduation in 1969, Paul enrolled at the University of Chicago Graduate School of Business and, in June 1970, he and Patti were married in Glen Ellyn. Their wedding reception was in the backyard of Patti's parents' home.

Paul began his business career in the Chicago office of Kidder, Peabody & Co. He spent 22 years with the firm, ultimately in the role of managing director and head of the Midwest investment banking group. In 1994, Paul and several of his Kidder colleagues joined Robert W. Baird & Co., the Milwaukee financial services firm. He was named president of Baird in 1998, chief executive officer in 2000 and chairman in 2006. He served as chairman and chief executive officer until 2016, when he was succeeded as CEO by his long-time friend and colleague, Steve Booth. Paul and Steve had worked together since their days at Kidder, Peabody. Paul continued to serve as chairman of Baird until his death.

Paul brought to Baird a relentless work ethic and an unmatched devotion to clients and colleagues. Under his leadership, the firm enjoyed consistent success and grew throughout the US and internationally. Paul was enormously proud of Baird's place in the top ranks of Fortune's 100 Best Companies to Work For. Baird's success results from its culture of service and excellence, virtues Paul lived every day.

Paul matched his devotion to Baird with his commitment to his community. He believed deeply in the power of education to shape lives and was committed to making opportunities available to young people from all backgrounds. He was a founding member of the board of Cristo Rey Jesuit High School in Chicago, the first Cristo Rey high school, providing a college preparatory education and work experience to Chicago students with limited educational options. He continued as a member of the board of directors of the Cristo Rey Network, now made up of 37 schools employing the Cristo Rey model. For over 10 years, he served as the chair of the University of Notre Dame Mendoza School of Business Advisory Council.

His other community commitments included serving as the co-chair of Teach for America - Milwaukee, as a member of the board of trustees of Alverno College, and as a member of the board of Junior Achievement of Chicago. He was very involved with the Milwaukee community, serving on the boards of the United Way of Greater Milwaukee, the United Performing Arts Fund and Discovery World. Paul received numerous recognitions for his achievements and service, including the University of Chicago Booth School of Business Distinguished Corporate Alumni Award.

Paul adored his wife and was devoted to his family. He and Patti enjoyed 49 years of marriage; their love undiminished. Together they raised four children in the Chicago suburbs and welcomed six grandchildren. Papa Paul was beloved by his grandchildren, who delighted in his Donald Duck voices and his famous Mickey Mouse watch. He was never happier than when swimming with his grandkids in the pool or watching them play on the beach in Longboat Key, Florida.

Paul had many friends and enjoyed spending time with them on the golf course or over long dinners. He was a warm, gracious host and wonderful company. He loved watching Notre Dame football games and was always optimistic at the start of every season. Golf was a passion for him, even when slowed by a bad back. He enjoyed playing with his family and friends at Butterfield Country Club, The Founders Club, Sarasota, and Muirfield Village Golf Club, Dublin, OH.

He was preceded in death by his parents, Philip and Shirley Purcell; his step-mother, Norine Purcell; his brother-in-law, Albert Perini; his nephew, James Wiedner; and his great-nephew, P.J. Purcell.

In lieu of flowers, memorials may be made online to the Cristo Rey Jesuit High School at https://www.cristorey.net/ or Tisch MS Research Center of New York at https://tischms.org/.