Officials are alarmed as a number of historic properties fall to, face the wrecking ball 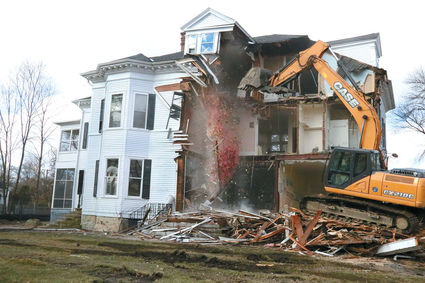 The 1893 home at 244 E. First St. was torn down yesterday morning to make way for a new residence, and 716 S. Oak St. and 419 S. Oak St. are poised for demolition. Hinsdale officials are now looking at ways to preserve its historic homes. "The village would truly lose something when we tear down those homes," Village President Tom Cauley said.

In an effort to stem the teardown tide of historic homes in the village, officials are exploring ways to promote preservation.

At Tuesday night's village board meeting, trustees discussed measures including a moratorium on demolitions after Village President Tom Cauley said 716 S. and 419 S. Oak St. were poised to be razed. Both sit in the National Register's Robbins Park Historic District in southeast Hinsdale.

Cauley told trustees that the village's historic preservation commissioners have expressed frustration at not being able to prevent such demolitions under the current zoning code.

"I just think we could do much, much more than we're doing to protect these homes," Cauley said.

To underscore the situation, yesterday, a 127-year-old home at 244 E. First St. was torn down after its landmark status had been lifted.

Cauley proposed putting a six-month moratorium on demolitions, pending a public hearing before the village's plan commission. During that period, officials would develop zoning modifications aimed at preservation.

"It would be to hit the pause button while we figure out if there's something different we can do," he said. "I do think we should have some structure, some impediment, some roadblock, before you can take down a classic home like (these)."

The scope of such a moratorium also needs to be defined. Trustee Jerry Hughes said vintage charm is scattered all around town.

"I can think of lots of homes outside of the historic district that if we were to lose, we'd get the same kind of reaction," he said.

Regulations in other communities will also be researched. In Wilmette, a home-rule community, officials said the village board ultimately determines whether a demolition permit can be issued. Village manager Kathleen Gargano, who previously worked in Wilmette, said the scrutiny even extends to proposed residential alterations.

"If certain things didn't fit, then they were denied," Gargano remarked.

"Our group really has no enforcement capability. We make our rulings, and it really doesn't go to anyone," he said.

Fellow Commissioner Alexis Braden said efforts have been made to be more proactive.

"We are encouraging homeowners to present their plans to us early on so we can help work with the homeowner and the architect on what the streetscape currently looks like and incorporating historical elements," she said.

Trustee Scott Banke said the village should also consider incentivizing preservation by reducing village fees for those who want to rehab instead of rebuild, or, at least for keeping the facade of the home intact.

"I think that goes a long way to maintaining the character within the neighborhood," Banke said. 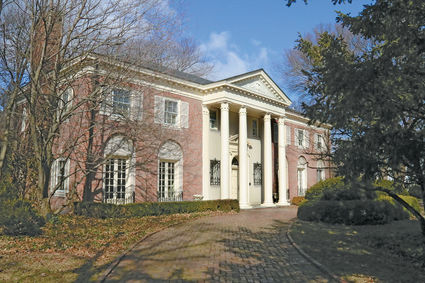 The permit applications for the two Oak Street homes were on the agenda for last night's historic preservation commission meeting, after The Hinsdalean went to press. Braden and Prisby were asked about the viability of persuading those applicants to reconsider in exchange for zoning relief from the village.

"If there's anything we can do to keep them, or keep the facade, please explore that with them," Cauley said.

Prisby indicated it may be too late.

"In terms of these two houses, I'm not sure what we can do," he responded.

The village board is expected to refer a moratorium ordinance to the plan commission once it has been prepared by staff.

Cauley suggested time is of the essence.

"When all these homes are gone, they're gone," he said. "I don't want (people) to look back at this administration as somehow being asleep at the switch when this happened."