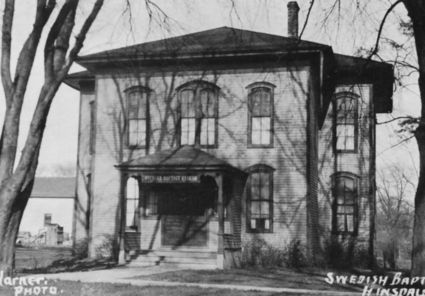 Multi-use building — The building built at 11 N. Lincoln St. was built by O.J. Stough in 1872. The first floor was a school and the second was a meeting hall. According to Sandy Williams’ book, “Images of America — Hinsdale” Stough’s Hall was the social and civic center of Hinsdale until the Hinsdale Club on First Street was built. This photo was taken in 1904 when the building was purchased by the Swedish Baptist Church.