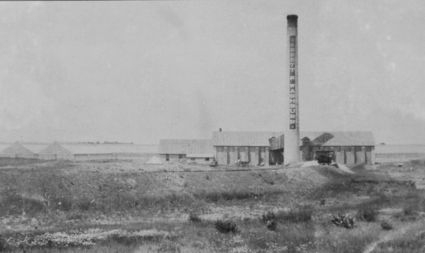 A rose was a rose - In the early 1900s much of southeast Hinsdale was occupied by the greenhouses of Basset & Washburn. The business had multiple buildings covering about 40 acres between Seventh and Eighth streets and Elm Street to County Line Road. About 1920 the florist moved to Westmont because the 12,000 tons of coal the company burned annually to heat the greenhouses was becoming increasingly annoying to the nearby residents. (photo from Sandy Williams' book, "Images of America - Hinsdale")