Life will go on after loss of a loved one

Grappling with grief can be challenging, but many have discovered light after darkness 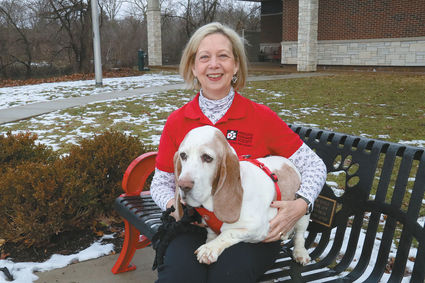 The process began about five years earlier, when her father was diagnosed with Alzheimer's. The family was familiar with the disease, as Burns' mother had it as well.

She made the decision to retire from her job as director of global cash for Meed Johnson so she could travel from her Burr Ridge home to southern Indiana one week every month to spend time with her parents. Over time she watched her father's health deteriorate (he also had non-Hodgkins lymphoma and heart conditions).

"It just broke my heart to see that," she said. "I started out (going to visit) four years ago when they were in great shape."

Burns, the oldest of seven, said all of her siblings responded in their own way to their parents' diseases. Dealing with family dynamics made managing her father's care that much more complicated.

"Everybody's got an opinion. It was just exhausting," she said.

Eventually, in May 2019, the day before his 67th wedding anniversary, her father died, surrounded by his wife and children.

Burns read a lot while her parents were ill and pointed to a book called "Elderhood" that helped her recognize the futility of trying to prolong life in the face of severe illness. That realization helped her let go of her dad. But it didn't eliminate the pain of his loss.

"I grieved more than I thought I would," she said. "I was actually surprised after we buried him and I came back here."

She found solace in the drive home, enjoying the scenery and stopping at the towns she and her parents had visited after she first retired. Burns also found comfort spending time with her pets - and sharing their unconditional love with others.

She had lost a basset hound right before she retired and was looking for another once she retired.

"Theo ... was a therapy basset and I wanted to do therapy work," she said.

He came as a package with a therapy cat named Frisky, which Burns describes as quite a character.

Burns and Theo have been visiting retirement communities for the past three years and recently earned the qualification to visit hospital patients, people in hospice care and "read to the dogs" programs. She is working now with Amita Adventist St. Thomas Hospice to begin visits.

"They said there is a real need for hospice. I said I would like to try it," she said.

She recalled one gentleman she and Theo visited in a memory care unit. Although unable to communicate, he spent a full 30 minutes petting a receptive Theo.

"It's just wonderful to see that. They just enjoy petting him," Burns said.

And she appreciates the opportunity to bring comfort and spread joy to those experiencing their own loss, whether it be memory, health, mobility or a loved one.

"Everybody smiles when they see him," she said. "It just makes everybody happy."

Carol and Dusty Hanson were blessed to spend more than seven decades together.

The two met in 1947 working summer jobs at Glacier National Park in Montana. Carol had just finished nursing school and was looking to spend a little time doing something different. Dusty had been honorably discharged after four years of service in the Navy.

"Then we fell in love, and the next year we were married," Carol said. "It's been a long and happy life."

Dusty passed away in April 2017 at age 102, one month shy of their 70th wedding anniversary.

"You are still missing your mate after being married almost 70 years," Carol, who will turn 96 in March, said. "Growing up in a very Christian home, I never feared death. I never had any worries about he future. It was an easy transition for me and I knew he wasn't going to be suffering, which is important."

The two lived in Godair Park, a neighborhood of homes near 63rd and Madison streets owned by King-Bruwaert House, for 32 years before moving to a second-floor unit in the K-B House on County Line Road seven years ago. When Dusty required nursing care, he was moved to another wing on the second floor, where Carol was able to spend time with him whenever she wanted. After he died, she didn't face the upheaval of moving to a new location or having to find a new circle of friends.

"It's a wonderful community to be in. With the Lord's help, I think it is just an amazing feeling that you have of peace."

A longtime member of Christ Church in Oak Brook, Carol said she was able to rely on the spiritual support K-B offered.

"This became our congregation and our minister," she said, noting the Sunday services and weekly Bible studies that are offered.

"We have a wonderful chaplain here, Rev. Katherine Price. She is so willing to help anybody who needs help.

"When you lose a mate and you're all alone, I think it is a little hard maybe on a person. Here there are so many support groups that can help."

She also takes comfort in the many blessings she and Dusty shared. They raised three daughters and later enjoyed being grandparents and then great-grandparents.

They also spent 40 happy years owning Schweidler and Mewherter in downtown Hinsdale. Their daughter Chrissie worked with them at the office, school and art supply store for 30 years as well, allowing them to postpone retirement until Dusty was 89 and Carol was 80.

"You know how easygoing Dusty was," she said. "We all got along just fine. It worked."

Summers were savored at their second home in Sister Bay, Wis., where they welcomed friends and family.

"The Lord has been so good to us all these years," Carol said.

She believes the Christian faith she and Dusty shared was essential as they approached his final days and in the aftermath of his death.

"I've never worried about the future one bit and Dusty felt the same way, too. He was ready to go. I think he was just tired.

"I realize some people grieve more than others," she continued. "Sometimes it's harder. I think being a Christian, you know what the future holds for you and it's not sad."

Paula Ply's husband, David, died of cancer in the summer of 2017. Five days after his passing, a grieving Ply willed herself to Wellness House's bereavement drop-in group for support.

"You're barely able to get yourself there, but there really is a strong comfort in being with other people who get it," said Ply, 67.

Several months later, she attended an December open house at the Hinsdale cancer support agency. She knew most of the attendees but noticed an unfamiliar tablemate. His name was Mick Urban, and he had lost his wife, Deb, to cancer in 2016. She had been his true love since he was 13.

After her death, Urban decided to see more of the world on a monthlong road trip out west visiting friends and sites he and Deb had put on their retirement bucket list. Getting away was therapeutic, he said. Returning home, however, revealed just how insufficient the miles and time were in healing his heart.

"Everything had been going OK until I walked back in the front door," he recounted. "I told myself I was either going to have to sell the house or do something else."

Ply, who had also lost her mother and her best friend the year of David's death, said pangs of grief come unexpectedly, like the realization that her husband was no longer there to provide his IT expertise.

"The first time I had a computer issue, I just sat down and cried," she shared.

Like Ply, Urban found succor in the Wellness House fellowship. That night at the open house he also found a new friend in Ply. Neither was looking for love, and they spent most of 2018 becoming acquainted in group outings that Ply organized.

"In that year, I just began to see qualities in Mick that I could really appreciate, without the pretense of romance," she said. "When one of us all of sudden will have one of those hard days, we understand that with each other, and we comfort each other through it."

The connection seemed heaven-sent. Both had been married for 45 years, and they discovered they'd chosen the identical prayer to memorialize their spouses on the funeral cards. They've now been dating for a little over a year.

Urban said he wanted to make sure he appreciated Ply for her distinct qualities and not as a replacement for Deb.

"If you're looking for what you had, you'll never get those (emotional) doors opened that need to be opened," he counseled.

They advise those grieving not to rush the process. Journaling has helped Ply, and being in community has been vital for both. The two are currently helping Wellness House pilot a meaning-centered therapy group for those dealing with grief.

"Maybe we can help others with what we've gone through," Urban said.

They encourage others to speak freely about their late spouses. Purposely avoiding the topic, they said, creates a painful awkwardness. Ply stressed that moving on doesn't mean forgetting the past.

"I'm so grateful for the life that I had. David was a really special person," she remarked, saying the anger she once felt about his death has given way to gratitude for his life.

In their song "Again," Brooks & Dunn sing, "I thought that love was over and gone forever, never gonna come back to me, never gonna hold me again."

It's become something of an anthem for Ply and Urban. 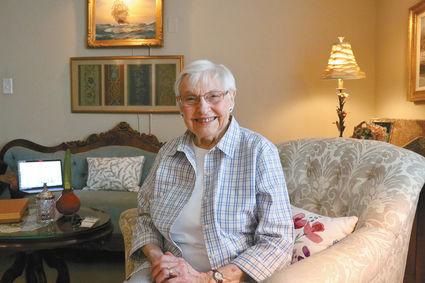 "We both agreed that grief is the price of love," Ply said.