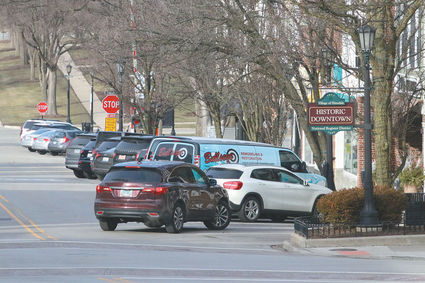 Trustees had their first conversation Tuesday about how to manage the parking supply in downtown Hinsdale following the opening of the new parking deck - being built adjacent to Hinsdale Middle School in cooperation with District 181 - that will add 189 spaces to the central business district.

Trustees took a test drive Tuesday on a new parking plan for downtown Hinsdale that would go into effect after the parking deck opens in August.

The deck at First Street and Garfield Avenue will add 189 spaces on the lower level, increasing the parking supply in downtown Hinsdale by 40 percent, Village President Tom Cauley said.

The “3-6-8” plan would allow free parking up to three hours in the central business district and up to six hours in the deck and pay box parking for eight hours in the lots on Washington Street and Garfield Avenue.

Tickets for parking violations in the three-hour zone would be increased from $8 to $25 to encourage long-term parkers — primarily merchants and their employees — to park elsewhere. Village staff estimates about 142 merchants and employees park downtown on weekdays.

If the village eliminates the meters, it will create a $196,000 shortfall. The proposal calls for a number of measures to close the gap (see sidebar).

Trustees already indicated support for an $8 hike in the price of vehicle stickers and are expected to formally approve the new rate Tuesday, Feb. 18. Cauley said he’s comfortable raising the price for commuter permits, which hasn’t been increased since 2006.

“Right now there is a waiting list of 170 people for the (commuter) parking lot, so there certainly is a demand for parking downtown,” he said. “This seems to me a good way to make the proposed parking plan budget neutral.”

Trustees had differing opinions on whether parking in the central business district should be free for all or only for residents. Cauley said 80 percent of cars parked downtown during the most congested hours from 10 a.m. to 2 p.m. belong to nonresidents.

Trustee Matt Posthuma said he thinks an $8 increase in the cost of vehicle stickers should carry some advantage for Hinsdaleans.

“If we were to give residents something in return, like the ability to get an extra perk of parking for free, that’s the sort of trade I would be willing to agree to,” he said.

He and others also said they worry that if parking is free downtown, merchants and employees will have no motivation to park elsewhere.

Cauley expressed concerns that visitors from other towns will not appreciate having to pay while residents can park for free.

“You’re going to get really angry people, and I just don’t want to do that,” he said.

“You just want to remove barriers wherever you can,” he said.

Enforcement would be easier if parking is free for all, according to Police Chief Brian King.

“I think the simpler, the better,” he said. “The more complicated you make the parking rules, the more you turn nonviolators into violators.”

Assistant village manager Brad Bloom told The Hinsdalean Wednesday that staff members are continuing to look at how free parking in the deck could be regulated for merchants and employees. 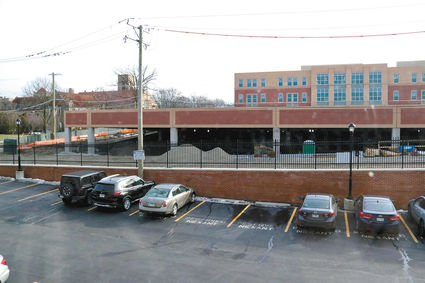 “We’re trying to go into this process with as few rules as possible, and we know we may have to tweak this,” he said. “We’re going to be monitoring it closely during implementation. It’s really hard to foresee every condition that could arise during the implementation.”

The item was on the agenda Tuesday for discussion only. Before the new plan is approved, it must be on the agenda for a first read at one meeting and a second read at a subsequent meeting. The first read could take place as early as March.

Residents who would like more information should visit the village website at https://www.villageofhinsdale.org > Proposed Parking Plan, where they can view a map of the current and proposed parking plans, watch a video of the village board meeting and find a link to submit questions, comments or concerns.

• some red merchant permit spaces along Burlington Avenue and Hinsdale Avenue would be converted to commuter spaces at a rate of $750 a year for $15,210

• 35 existing red merchant permit spaces along Hinsdale Avenue west of Grant Street would be converted to commuter spaces and offered to wait list participants for $26,250

• Washington Street and Garfield Avenue lot rates would rise from 25 cents to $1 an hour for $50,000