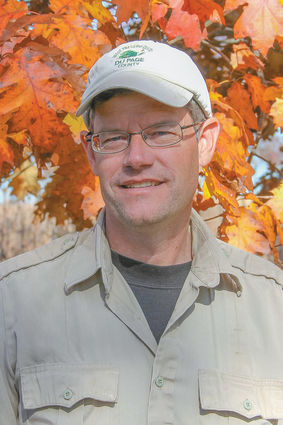 People might see coyotes more frequently in winter because there's less vegetation (and fewer places to hide), snow makes them easier to spot and they have to spend more time foraging for food, according to Dan Thompson, ecologist with the DuPage County Forest Preserve District. (photo provided)

What danger do coyotes present to people and pets?

Even if you haven't seen one, chances are there are coyotes living in your neighborhood.

Dan Thompson, ecologist with the DuPage County Forest Preserve District, said he believes a majority of the Chicago area's coyote population lives not in protected places like the forest preserve, but in suburban and urban areas.

"Just because you've never seen them doesn't mean they aren't there," he said.

Coyote sightings and even encounters are not uncommon, but Thompson said he's not convinced the coyote population is getting larger. Rather, the animals' natural habitat is getting smaller. With fewer wooded areas to call home, coyotes are forced out into neighborhoods and even urban areas to look for shelter and food. Unfortunately, family pets are too often the chosen snack.

Thompson said it's a sad reality that an animal left outside is vulnerable to a coyote attack.

"You cannot leave your dog outside alone," said Thompson, who includes cats on the list of animals that should be kept indoors. When walking a dog outside, always use a leash.

Feisty pups might be in even greater danger. Thompson said little dogs who bark ferociously at a coyote are inviting a fight - a fight they inevitably will lose. Even larger dogs are at risk.

"This is an animal that survives for a living," Thompson said. If hungry enough, a coyote might try his luck with a larger animal. At best, the dog owner will be left with a hefty vet bill, Thompson said.

If you spot a coyote near your home, it's probably looking for food. But Thompson urges homeowners not to provide the visitor with a snack. With the exception of a bird feeder, feeding wildlife is always a bad idea, Thompson said. Feeding animals brings them out of their own habitat and into ours, where they become more and more comfortable with every meal.

"It changes their behaviors," he said.

Thompson said a recent incident in which a child in Chicago's Lincoln Park area was reportedly bitten by a coyote is a rarity. In fact, local experts have said that, if true, the bite might be the first ever reported in Illinois.

Coyotes have a natural fear of humans and attacks on humor are nearly unheard of. However, if you find yourself face to face with a coyote, Thompson suggests looking the animal in the eye and standing your ground. Make yourself large and loud. Never turn and run.

If you are concerned with an animal in your neighborhood, Thompson suggests contacting animal control. But he said getting rid of coyotes isn't the solution. Coyotes help to control the populations of small mammals and rodents, and they are an important part of our ecosystem.

"We need to coexist in our environment," Thompson said.

With spring approaching, coyote sightings might further increase. Mating season begins in early spring, followed by new puppies in late April or May. That means more mouths to feed, more babies to protect, and even more reasons to keep food and pets inside.