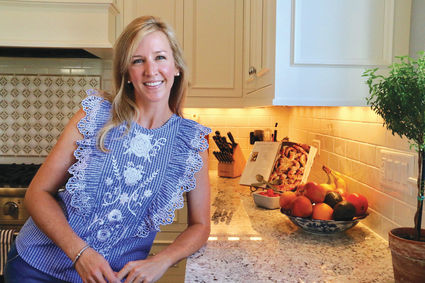 Less than two weeks into the new year, cooks already can find enough recipes online to take them through 2020 - and beyond!

Before plunging into the "741 best dinner recipes" or the list of "Southern recipes everyone should make in 2020," how about a look back at 2019?

Four Hinsdale cooks (including one Michelin Star chef) shared recipes they enjoyed making last year with The Hinsdalean. All are available online at https://www.thehinsdalean.com.

Home cook and food blogger Marissa Donovan has been making her favorite chili for about 10 years.

"This just has such good flavor because of all the different ingredients and the spices, the three different kinds of beans and the beer."

Donovan isn't opposed to taking advantage of shortcuts in the kitchen, but she said a packaged chili spice blend won't produce the same result.

"When it comes to chili, it's just so worth it to take the time to put it together yourself," she said.

The chili always makes an appearance at the Donovans' annual Halloween party and on Super Bowl Sunday. It can be made ahead and reheated on the stove or in a crock pot the next day or two days later. It also freezes well, flat in a freezer bag.

Whenever she makes it, Donovan makes sure to have all the toppings available.

"The toppings are big here," she said. "Fritos definitely don't make a regular appearance on my grocery shopping list, but corn chips top off chili in the best way - and you can't skip them."

Goulash with a twist

Chandra and Chander Jadhwani enjoy cooking the Indian food they grew up eating. They also like trying different things, so they signed up to attend the September meeting of the Hinsdale Bite Club at the Hinsdale Public Library. Members prepare dishes from a particular country or centered around a certain theme.

"We were very excited until we heard it was German cuisine," Chandra said. "I was like, 'Oh my gosh. What did I get myself into?' "

Her husband chose a goulash recipe from Mimi Sheraton's "The German Cookbook: A Complete Guide to Mastering Authentic German Cooking," the library-recommended cookbook for the meeting.

"We don't eat beef, so he made the chicken goulash," Chandra said.

Chander, who said he enjoys tinkering with recipes, wasn't afraid to alter to this one, adding a little more red pepper.

"I come from India, so we need hot and spicy," he said.

Chandra chose a cucumber salad recipe she found online, turning to her spiralizer when she realized she had lent her mandolin to a friend.

"It's very simple and refreshing," she said. "The salad has a fair amount of dill, so it's a cleanser for the palate."

The theme for the Jan. 21 gathering is Game Day Favorites.

"We're looking forward to the sporting event," she said.

Make it a cheeseburger

The pimento cheese that covers the dry-aged griddled burger at Vistro in Hinsdale has been a favorite of chef Paul Virant's since it was on a barbecue week menu years ago at Vie.

"When we opened Vistro, it became the cheese component on our burger," Hinsdale's Virant said. "It's been a staple on the Vistro menu since we opened."

He pointed to his Jar Sessions pickled peppers as one of the reasons the spread is so tasty, along with the smoked aged cheddar from Nordic Creamery in Wisconsin. 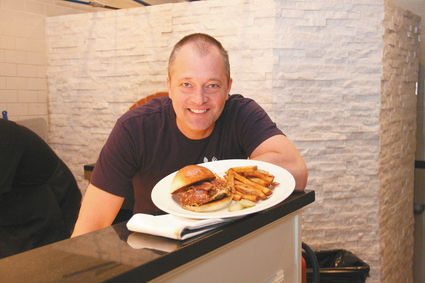 Virant suggested trying different types of cheeses in the spread.

"I think a Monterey Jack would be really good," he said.

The spread could be used on other meats, such as a pork roast, on a sturdy fish like sturgeon or with bratwurst and sausages. It could even be combined with Swiss chard, kale or collard greens to create a gratin.

"You could add it into that, put some bread crumbs on it and broil it," he said. "That would be tasty."

The dip tastes good straight out of a bowl, too - scooped up with veggies, crostini, crackers or flat bread.

"It's a perfect sort of party snack," Virant said.

1 can black beans, drained and rinsed

Heat a large pot over medium heat. Crumble the ground beef and sausage into the pot and cook until evenly browned. Drain off excess grease. Pour in the chili beans, black beans, diced tomatoes and tomato paste and stir. Add the onion, celery, green and red bell peppers, bouillon and beer. Stir. Season with Worcestershire sauce, sugar and remaining herbs and spices. Stir to blend. Cover and simmer over low heat for at least 3 hours, stirring occasionally. To serve, ladle into bowls, and top with corn chips, sour cream, cilantro and shredded cheddar cheese. Serves 12.

Peel the cucumbers if desired and thinly slice them with a mandolin slicer. The thinner the better. Put them in a large salad bowl.

In a medium bowl whisk together the sour cream, vinegar, sugar and dill. Add salt and pepper to taste.

Pour dressing over cucumber slices and toss until combined. Cover and let chill in the fridge for at least 4 hours or overnight.

Serve with a slotted spoon.

Sprinkle pork with salt and pepper. Heat fat and in it brown pork cubes slowly on all sides. Add diced onion and cook slowly until soft and golden. Sprinkle with paprika and sauté 3 or 4 minutes. Add garlic and water, cover and simmer slowly 25 minutes. If sauerkraut is very sharply flavored, rinse once or twice and drain. Add it to the pork along with potatoes and caraway seeds. Cover, bring to a boil, reduce heat and simmer 1 hour or until potatoes are done. Blend flour into sour cream and pour over sauerkraut and pork, shaking pot from side to side so cream will work its way through. Cover and simmer 10 minutes, or until entire goulash is thoroughly heated. Season to serve. Serves 4 to 6.

(from “The German Cookbook” by Mimi Sheraton)

Place the cream cheese, lemon juice, mayonnaise, Worcestershire, 1/4 cup of the pickled peppers and the spices in the bowl of your food processor. Process until smooth. Transfer to a large bowl. Finely chop the remaining 1 cup of peppers and add them to the mayonnaise mixture, along with the minced onion and shredded cheddar. Mix well to combine and refrigerate one hour before serving.