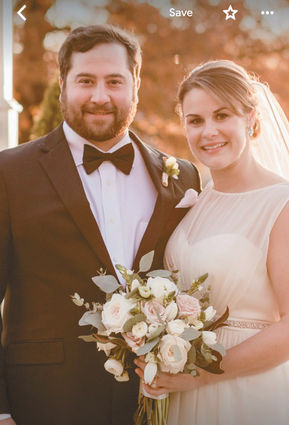 The bride is the daughter of Joseph and Marianne Doman of Hudson, Ohio. She is a 2011 graduate of The Ohio State University and works as an occupational therapist at Shirley Ryan Ability Lab in Chicago.

The groom is the son of Bob and Debbie Newman of Hinsdale. He is a 2011 graduate of Indiana University and works as a research manager at Promus Capital in Chicago.

The reception was held at The Bertram Inn in Aurora, Ohio. The couple enjoyed a honeymoon in Kauai & Maui, Hawaii. They reside in Chicago.