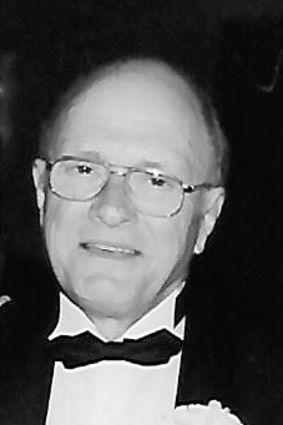 Richard Joseph Weiler of Hinsdale, 82, passed away Dec. 6, 2019, after a long, courageous battle with Parkinson's Disease.

Richard was born in 1937 and raised in St. Louis, Mo., cherished son of August and Clara, nee Wagner, Weiler. His professional career spanned more than 40 years at Reading, Penn.-based Carpenter Technology Corp., where he went from inside sales to ultimately lead global sales and marketing. His career culminated with the role of executive vice president of corporate development, during which time he traveled extensively worldwide exploring new partnerships for the company.

Rich was passionate about sailing, boating, water skiing, and tennis. He also involved himself in a variety of volunteer activities including Boy Scouts of America leadership, serving on the board of the Boys & Girls Club of America and involvement on area hospital boards. Most of all, he was a devoted husband and an amazing father, grandfather and great-grandfather who will be deeply missed.

In lieu of flowers, memorials may be made online to Rush University Medical Center for Parkinson's disease research at http://rush.convio.net/rweiler or to the Parkinson's Foundation at https://www.parkinson.org/ways-to-give.