Red Devils looking to heat up the court 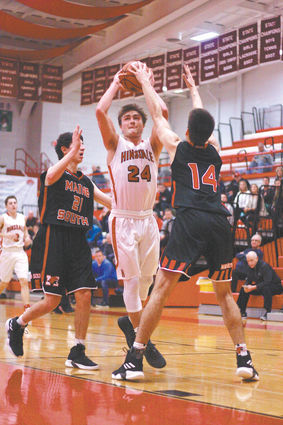 Both the boys and girls basketball teams at Hinsdale Central have set the goal of improving every game so athletes will be playing their best when the post-season rolls around in February.

The season is under way for the boys and girls basketball teams at Hinsdale Central High School, with each team amassing a 2-2 record in its first four games.

Boys head coach Nick Latorre is looking to get his novice back court in shape, while girls coach Karen Persinger faces the task of melding five returning players with six new team members.

This is the second in a series of three winter sports previews. The first appeared Nov. 21, and the final one will run Dec. 12.

Strengths: I think so far, through our first four games, our strength has been our commitment to playing defense. I feel like this group has done a really good job of really trying to play defense the way we want to play. We really want to make it tough for our opponent, and so far we have done a good job of that. We're still a work in progress and we will be, but I think with our inexperience, especially in the back court, we played well. I was pleased with how we played.

Challenges: We really have no returning back court players that played any significant minutes last year. All of our guards, even our senior guards - Nic St. John, Zach Northey and Connor Nelson - who are playing a big number of minutes, hardly played at all last year in our varsity games. They played a ton of JV games and they played all summer, but the adjustment to playing a significant role in varsity games is a process. That has been our biggest challenge, getting those guys up to speed quickly so we can be competitive. Our juniors are all first-year varsity guys.

Conference foes: I think our conference is really competitive again like it's been the last few years. I would say the clear favorites are Oak Park and then I think that York and Downers North are also going to be at the top of the standings.

Who to watch: Ryan Isaacson (forward) and Matt Quast (forward/center), who have multiple years of varsity experience and played significant roles on our team the last couple of years. Phillip Borhani (forward) falls into that role, too. These are guys that played a lot of minutes and have that experience, that ability to know what to expect during games. Also juniors Quinn Cain (guard), Charlie Sessa (forward) and Charlie Herbst (guard), (who has) been out with an injury. When he gets back, we're hoping he can have a positive impact as well.

Outlook: Hopefully we'll end the season playing our best basketball. We always want to show progress and improve. That's our goal - to be playing at our best in February.

Strengths: I think our strengths this year lie in our work ethic and our ability to be focused and attentive in practice and really a genuine desire to get better every day.

Challenges: For us, the challenges are going to be early on. We have a good mix of five returners and six new faces on the varsity team. For us it's about building that chemistry on the varsity floor as they learn to play together. I think it's going to be a fun thing to watch them as their team chemistry grows.

Conference foes: The West Suburban Conference Silver is loaded again this year. Every night out is a tough game. I think that this year York, Glenbard West and Downers North are three of the top teams. We still have LT and Proviso West, and I think it's just a tough conference.

Who to watch: The exciting thing to watch is this great group of seniors - Sarah Cernugel, Kendall Butler and Maiwen Amegadjie - who had a tough year last year but have stuck it out and put in a lot of hard work in the offseason mixing with this great group of young athletes coming into the program and learning to play at the varsity level.

Outlook: For us it's about improving every night that we step out on the floor. We want to improve our standing in conference and be competing with the top three, four teams in conference and to really start to get Hinsdale Central back to where it's been in the past. 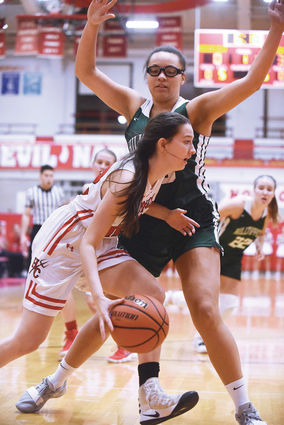 Furthermore: This is a really fun group of girls who have worked really hard, and I think they are going to be really exciting to come out and see play. Every day I walk into the gym, I tell them it's the best part of my day to get to spend a couple of hours with them and see them improve. It's fun and it's a privilege.