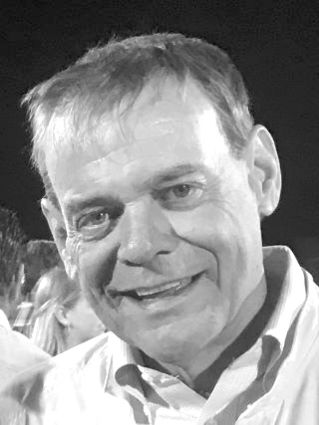 Jeff, 56, was born in Cuyahoga Falls, Ohio, in 1963 to James F. and Dorothy Ruth (Powell) Moser. He graduated from Cuyahoga Falls High School in 1981, then earned a bachelor's degree in material science engineering from the University of Cincinnati in 1988, and a master's degree from The Ohio State University in 1993. While completing his studies, he was a research associate at NASA's Lewis Research Center in Cleveland.

During his professional career, Jeff served in business development management posts in the electronic, optics and coating industries, including for Ibiden, ViaSystems, FEI and Chemeon Technologies. He had lived in the Chicago area since 1993.

He was preceded in death by his father, James Moser; and his brother, Gary.

He is survived by his children, Katelynn, Kristin, Mallory and Michael, all of Hinsdale; their mother, Patricia Farrell-Moser, also of Hinsdale; his mother, Dorothy Moser; his siblings, Darlene (James) Berry and Brian Moser; his adopted dad, Bob Troyer; and his two nephews, two nieces and two great nephews.

Funeral services will be held at noon Saturday, Dec. 7, in Cuyahoga Falls. A celebration of life will be held in Illinois at a later date.

The family suggests memorials be made to the Ohio State Brick Program online at https://www.ohiostatebuckeyes.com/brick-program or to a charity of choice. A guest book is available to send condolences at https://www.cliffordshoemaker.com.