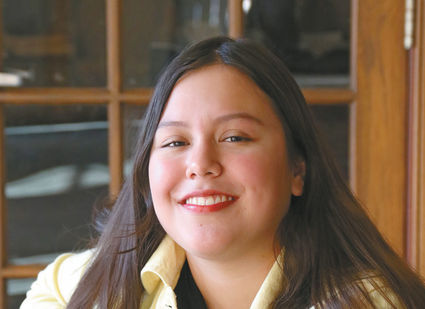 Seventeen-year-old Akane Rincon said she's always wanted to be exposed to life outside of her hometown of Chiapas, Mexico.

And so she's thrilled to be spending this school year living with a Hinsdale family and studying at Hinsdale Central High School as part of a Rotary Club exchange program.

"It is a great opportunity to be here and know more than my culture," she said.

Rincon is staying with Rotary Club of Hinsdale member Ahsan Karim, his wife Silvia, and their two daughters, Anais, 18, and Sabrina, 15.

The warm welcome from her host family and the town helped set her nerves at ease when she first arrived.

"I have such a kind family and all the people are really nice in Hinsdale, so I am just having a good time," she said.

She didn't have to look hard to notice a number of differences between her home country and the U.S.

"My country is really loud all of the time," Rincon said. "In my school, we were all the time dancing and screaming and dancing and joking around, even with the teachers. In Hinsdale, everyone is so quiet always. That was kind of shocking in the beginning."

She also was surprised by the number of people here from other countries, how expensive everything is, the high cost of health care and the gigantic portions at restaurants.

Rincon has enjoyed visiting the National Museum of Mexican art in Chicago, the outlet mall in Aurora and Lake Michigan.

"It was super fun," she said. "I went with the exchange students."

She's looking forward to trying traditional Thanksgiving foods, some of which she already has had the opportunity to sample.

"I tried the pumpkin pie. I thought it was going to be horrible," Rincon said. "It was actually pretty good."

American students have a number of misconceptions about Mexico, she said, and pose some pretty silly questions.

"You have cars? You have ice cream?" she said they ask her. "I'm like, 'Yeah, we are normal people.' " Rincon, who will not return home until next summer, admitted to being rather homesick after she first arrived in August.

"I've always been really close to my family," said Rincon, who is an only child. "Being away from them is hard. But now I'm OK because I know I am going to see them (again)."

An American exchange student once described her experience living in Mexico to Rincon, and now Rincon can relate.

"(She told me) in exchange you learn to be proud of yourself and what you really are and your country," she said. "I think that's real because you are representing your country."

Mexican students are very involved in Rotary, she said, and encouraged more American kids to do the same.

"It's a great opportunity for growing as a person."