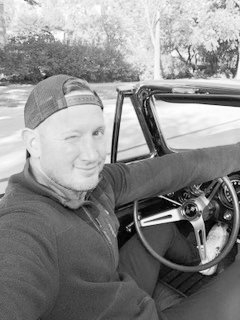 Jon was born in 1979 in Ann Arbor, Mich., and grew up in Hinsdale. He was well-known as an innovative and successful entrepreneur, partnering with his sister, Nora, to build the Nora Fleming giftware line into a nationally known brand.

Jon's energy was boundless, and he was compassionate, authentic, curious and charismatic. He was genuinely interested in other people, and his ability to make even the smallest social interaction memorable was uncanny.

Jon, with the love-of-his-life Britnee, created a home built on laughter, unconditional love and a shared vision of happiness.

His roles as a father and partner with Britnee were Jon's greatest successes; he would be the first to tell you this. The way he cherished his William ("Tiger") and Coco ("Rabbit") was something beautiful to behold - he never missed an opportunity to hug them, hold hands or teach them how to be better.

Years ago Jon remarked to a friend that in Britnee, he had found "magic." That special magic, sparked when they first met, blossomed into a foundation of love that will always fill Britnee, Will and Coco's hearts - hearts where Jon will live on forever.

He is survived by his wife, Britnee (Fierro) Neidlinger; his son, William John Neidlinger; his daughter, Colette Lee Neidlinger; his parents, Mary Ellen and John "Duke" Neidlinger of Hinsdale; his sister, Nora Napientek; and many aunts, uncles, nieces, nephews and cousins.