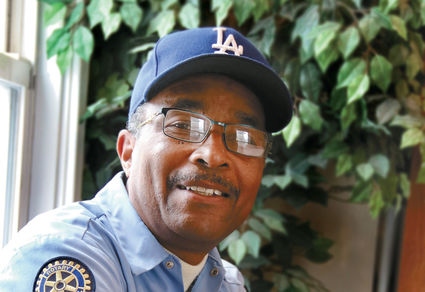 When Alex Levesque approaches a group of young men in his 1967 Mustang, they tend to pay attention.

Levesque knows that young men love cars, and for 12 years he's used that knowledge, and his muscle car collection, to steer them away from lives of drugs and crime and into jobs in automobile restoration.

Levesque said having something to do isn't enough to keep young men off the streets and out of gangs.

"They need something that they love to do," he said.

Levesque is founder and CEO of Automotive Mentoring Group. Housed in three industrial buildings in Bedford Park, the nonprofit program transforms the lives of gang members by teaching them a marketable trade they enjoy and showing them a lifestyle that's preferable to a life of crime.

Twenty-five young men and a few young women, most between the ages of 16 and 22, are currently enrolled in AMG's six-month mentoring program. During that time, participants learn the skills needed to restore old cars to their former glory and to perform body work on any vehicle.

A former teacher also supports them as they work to earn their high school diplomas.

The teacher and other mentors, who include retired police and fire personnel, serve as the positive male role models most of the program participants need but never had. Ninety-seven percent are fatherless men being raised by a mother or grandmother, he said. Many are fathers themselves.

The relationships formed between mentors and participants are key to the program's success, Levesque said.

AMG works with five area colleges and 81 employers throughout the Chicago area to support mentees. Levesque said sponsorships such as the one offered by his friend, the late Greg Donnelly of Hinsdale, have helped young people become the first in their families to attend college and to enjoy lives free of drugs and crime.

Donnelly invited Levesque and a program participant to lunch, where Donnelly offered a financial commitment to help the student attend college.

Levesque's own love of cars dates back to childhood. In 1993, he went to school to learn auto restoration and later opened his own shop.

"I would share what I learned with anyone who would listen," he said.

Levesque said he shares the story of his mentoring program and the lives it has changed every chance he gets, with as many people as possible. That often includes folks who pull up a stool next to him at Page's Restaurant. As he enjoys his raisin toast, scrambled egg with cheese and sausage patty, he tells his neighbors about the work he's doing, the difference it makes, and what they, like Donnelly, can do to help.