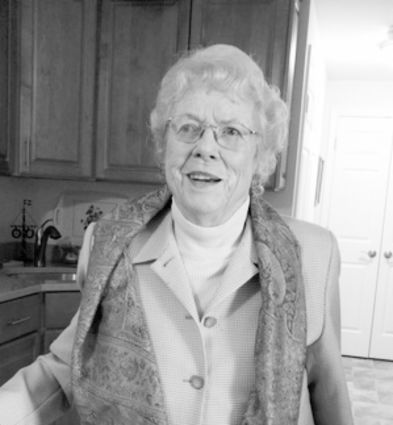 She was a former resident of Clarendon Hills for over 50 years.

Lydia was born in Youngstown, Ohio, in 1918. She was the fourth of six children of Titus Nathaniel Pohl and Ellen Theolinda Svensson.

She married Boardman Veazie in 1947, and they had two children. In addition to her responsibilities as a wife and mother, Lydia was a classically trained singer and devoted many years to teaching, performing and directing choirs. She also taught local area high school students piano and singing lessons.

After Boardman's passing in 2008, Lydia enjoyed living in the Windsor Retirement Community in Carol Stream for another decade.

She is survived by her two sons, Steven Andrew (Peg) Veazie and Eric William (Dawn) Veazie; her two step-children, Alan Veazie and Karen Stephen; and many grandchildren and great-grandchildren.

A celebration of life will be held at 2 p.m. Saturday, Nov. 16, at the Windsor Park Manor auditorium, 110 Windsor Park Drive, Carol Stream.