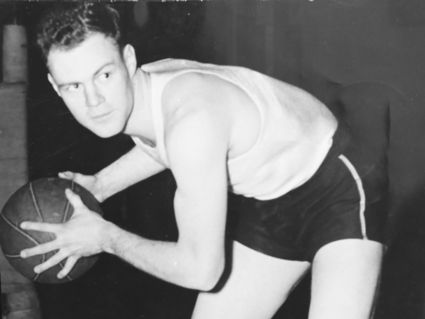 Double duty - This photo is of Cadet John Samuel, who played basketball and football at West Point in 1939. He was captain of the basketball team, which was undefeated that year. He also played guard on the football team. As a student at Hinsdale Township High School, he competed in the same two sports and was captain of both of his high school teams. (Hinsdale Historical Society photo)